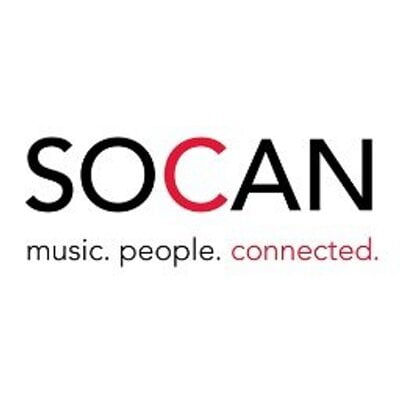 SOCAN today announced the finalists for the 2018 SOCAN Songwriting Prize, presented by YouTube Music, the most prestigious competition that celebrates the extraordinary talent of emerging Canadian songwriters over the past year.

This year women from across the country make up the large majority of the writers of the 10 nominated songs in English. The SOCAN Songwriting Prize is the only major music creation award in Canada that allows music fans to decide the winners of $10,000, a Yamaha PSR-S970 keyboard, and a $500 gift card from Long & McQuade.

The 10 English finalists for the SOCAN Songwriting Prize presented by YouTube Music are:

From May 24 to June 7, 2018, music fans are encouraged to listen to and vote for their favourite song from the nominees by visiting www.socansongwritingprize.ca or through social media, on Twitter using the hashtag #mySSPvote and identifying the performer’s name in the tweet. Fans can vote once daily through each platform for each of the English and French prize competitions.

The winning songs are scheduled to be announced the week of June 11, 2018.

“The finalists for the 2018 SOCAN Songwriting Prize reflect the diversity of Canada and the unique perspectives of music creators,” said Mike McCarty, Chief Membership & Business Development Officer at SOCAN. “SOCAN is privileged to support and encourage Canadian songwriters and composers throughout the year, and the SOCAN Songwriting Prize is truly special because it allows music creators to receive recognition for their work directly from their fans. This is a great opportunity to showcase these emerging music creators and their remarkable talent.”

The French and English finalists are determined by respective independent panels of 15 music-industry influencers who nominate two songs that they feel were artistically superior by emerging Canadian songwriters and composers, within the eligibility period (see Rules for complete criteria). All long-listed songs are then compiled, reviewed and voted on by each panel to determine the final 10 short-listed finalists in each category.