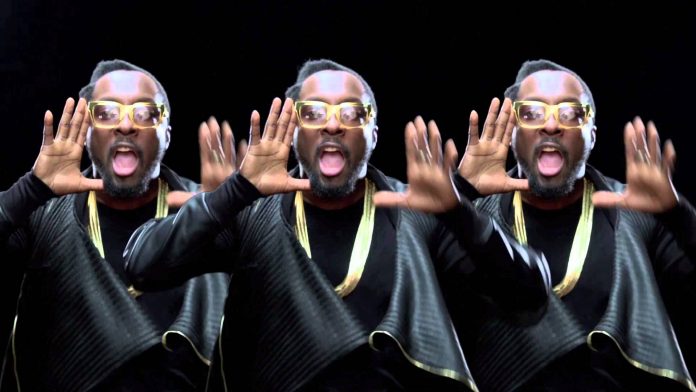 You really seem to love the technological revolution that we’re going through right now.
Will.i.am: 2018, a whole new industry is about to jump off. New careers, new jobs, new technologies, new ways of expressing yourself. … You’re in the house, you run out of soap, you say something like “Abracadabra,” fucking genie’s in the bottle now. What we thought was fucking crazy with Aladdinthat you say something like “Abracadabra, shasazaram!” and some motherfuckin’ shit pops off and able to bring things to your home. That was myth 20 years ago. That’s real now! Some wand where Harry Potter said “Shazoomazips!” We’re not too far from being able to have some type of device — you say something and out comes a result. And, that’s exciting! That is the most disruptive, craziest place for creative people to actually create in.

When you look at tech — like Siri or Bitcoin — do you think of it as an inevitability for society or more of an entrepreneurial opportunity?
The thing that excited me about Siri is the backing thing that allows Siri to happen, and that’s TTS [text-to-speech] natural language processing. Whatever the interface is, whatever the experience is, that backing interface … that code, that algorithm … that’s what excites me. The potential of natural language understanding. Conversational computing. That’s, like, of course, that’s what everybody’s gonna be doing. Is it gonna be Siri? Is it gonna be Alexa? Is it gonna be something else? That’s not what excites me. What excites me is the tech to make that happen.