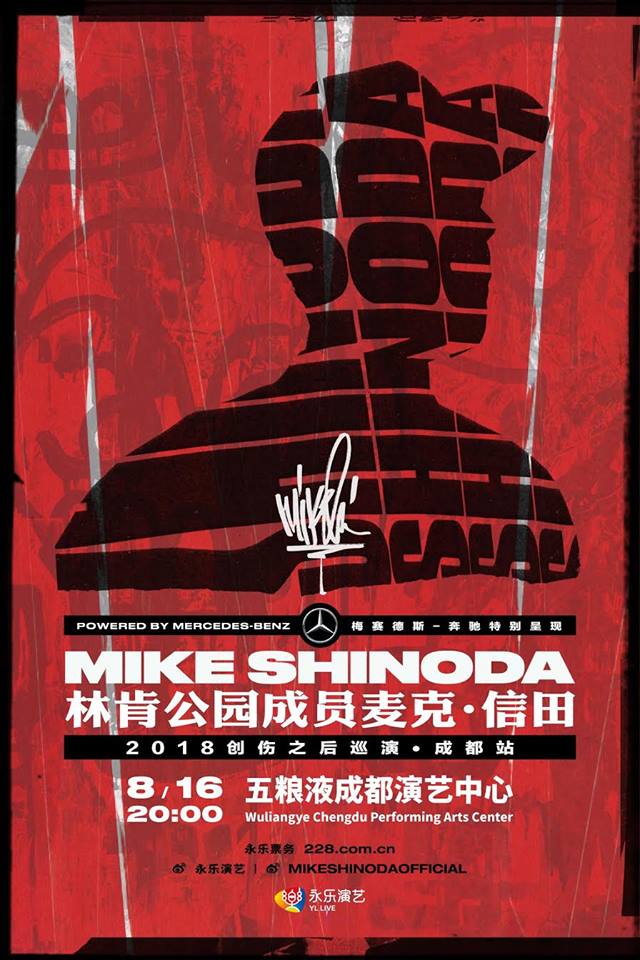 In the months since the passing of Linkin Park vocalist Chester Bennington, Shinoda has immersed himself in art as a way of processing his grief. With no agenda, Shinoda hunkered down alone in his Los Angeles home and began writing, recording and painting. In January, he released the Post Traumatic EP consisting of three deeply personal songs – each one a powerful, stream-of-consciousness expression of unvarnished grief – accompanied by homemade visuals that Shinoda filmed, painted and edited himself. The response was overwhelmingly positive, with New York Times stating “The tracks are reverberant electronic dirges; the rhymes, heading into sung choruses, testify to bewilderment, mourning, resentment, self-pity and questions about what to do.”

Following the EP release, Shinoda continued to create, and the result is the brand new Post Traumatic, a transparent and intensely personal album that, despite its title, isn’t entirely about grief, though it does start there. “It’s a journey out of grief and darkness, not into grief and darkness,” Shinoda says. Ultimately, Post Traumatic is an album about healing. Although he took a break from Linkin Park in 2005 to pursue a hip-hop project called Fort Minor, Post Traumatic is the first album that Shinoda released under his own name. “The reason is, not only is this album very personal, but it also doesn’t sound like Linkin Park,” he says. “I listen to so many different types of music, and I think that’s reflected here.”

In May, Shinoda headlined IDENTITY LA, a free festival in Los Angeles, and he will head to Japan to play the Summer Sonic Festival in August. “I’m looking forward to getting back to releasing music and touring,” Shinoda says. “Those things are ‘normal’ to me – it’s what my professional life has revolved around for years. And I know this will be different, so I’m excited to figure out what this new normal is.”
Beijing