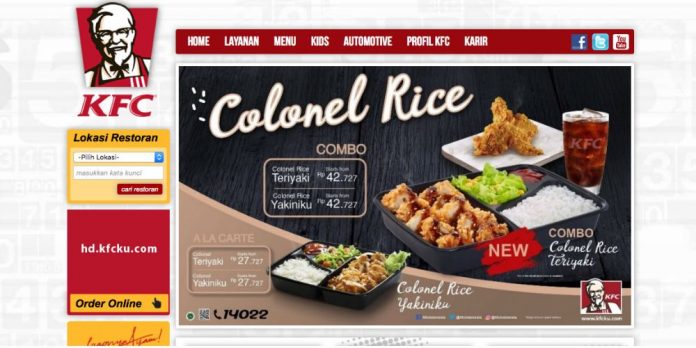 KFC Indonesia sells around 600,000 CDs a month, making it a huge player in the Indonesia music industry. Music Ally spoke to him to find out more about this unique story of chicken and music.

How did KFC end up selling CDs?

The family of my boss [Ricardo Gelael, director of PT Fast Food Indonesia] owns all the franchises of KFC in Indonesia. Indonesia is a 90% Muslim country, so there is no pork. Beef is not really part of their tradition, so chicken rules. They know chicken like the French know foie gras. KFC is eight out of 10 people’s favourite fried chicken.

KFC is a destination restaurant here. A lot of the stores have stages for music and a lot of them have kids’ playgrounds. And they have tweaked certain things to go with Indonesian culture: they serve it with rice, they serve a spicy one, as well as the original. They do a whole load of different things, but it is still KFC; it still has Colonel Sanders. Because of the music connection, it has this slight feel of music, cool and chicken.

About eight years ago, my boss’s brother [Fabian Gelael] was running the company and he decided to start bundling CDs with chicken. This was a ridiculous concept, but when you live in Indonesia you get the sense of the ridiculous here. And it really took off. People have said to me, ‘Like Starbucks?’ And I have said, ‘No it is not like Starbuck’s because the point-of-sale person takes your order and says, “Would you like a CD with that?” So it is actually suggested selling.

We have a maximum of 10 or 11 CDs at any one point to choose from. And you can either basically just buy a CD, like in a record store, or you can buy it slightly discounted and bundled with your meal. Around 98% of our CDs are bundled with chicken. It’s not like record stores are coming back, but people now have this incredible connection with KFC and music.

My boss’s brother left the company and then my boss took over both the chicken and the music side. And he realised that two-and-a-half-years ago, when he took over, that we know distribution is king. All the record stores in Indonesia, like the rest of the world, were closing down. So he was the only record store in town. But they were making not a great slice of the pie because they were just distributing record companies’ [music]. So he brought me in to make the company go directly to artists. To make it more like a record company, with its own record stores.

We sell the best music in Indonesia. We are known for the best chicken, so we like to have the best CDs. Other chicken companies, because it was so successful, have started selling CDs. But they sell about 40,000 a month across their stores. We sell close to 600,000 every month. We are the Manchester United of CD sales!

So he [Fabian] brought me in to do deals directly with artists. My team and I decide what CDs are put in the stores. This is a big thing. You can sell half a million or 600,000 CDs of your artist. It is a big chunk of change for the artists with the royalties. Everyone is trying to get me to release their CD and I have to decide what is releasable. I have to think of things for the whole family, which is great fun. I came up as a rock producer, but I am not really releasing any rock albums. All the content is local. I have just introduced DVDs, which are huge. Kids DVDs and I put old movies together and make a DVD bundle. I can have some fun with it.

I go to the artists and I offer them basically a better deal than if they are with a record label. A lot of the big artists are still signed to the big record labels and I am not just talking about Sony. They are on big labels in Indonesia that have been stalwarts of the Indonesian music scene for the last 30 or 40 years [including Musica Studio’s, Trinity Productions and Aquarius Music]. About 50% of my product is the ones that I deal with directly. And 50% is what I pass on from the major labels.