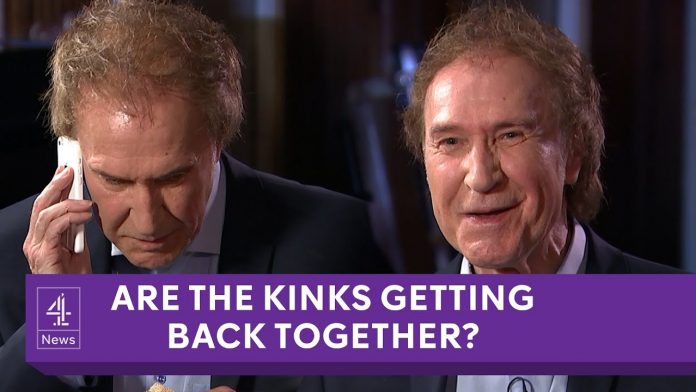 Even if you don’t remember the Kinks, you’ll know the songs, from Lola to Waterloo Sunset. They’ve been covered so many times and have made Sir Ray Davies one of Britain’s defining songwriters. Still recording aged 74, his latest solo album Our Country: Americana Act 2 is the second part of a musical diary about his love affair with America. Channel 4 went to meet him at his studio today, and just as they started the interview, Ray Davies’ phone rang. It was his old Kinks band mate Mick Avory.