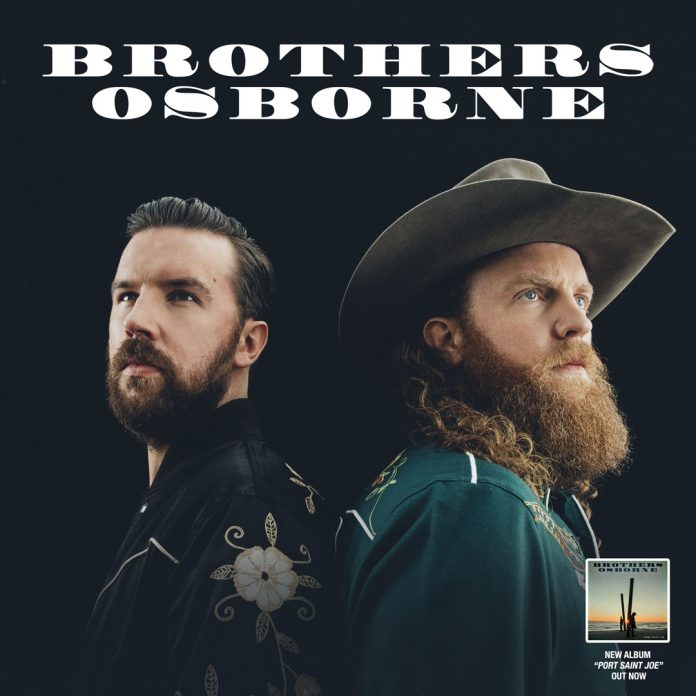 Today, two-time CMA and ACM Vocal Duo of the Year winners, Brothers Osborne, announce their Canadian tour dates as the kick off of their headlining tour. Currently on Dierks Bentley’s U.S Mountain High Tour, Brothers Osborne will begin their headlining tour in Abbotsford, BC making stops across Canada followed by a string of dates in the UK. See below for the full tour itinerary.

Two sons from a working-class family, John and TJ Osborne grew up in a small, Maryland water town writing and playing songs for friends and family in their father’s shed. John moved to Nashville first to play in other bands and two years later, TJ joined him. It was then they formed Brothers Osborne as a twang-and-crunch duo that blends equal parts country and rock into one of the freshest, most identifiable sounds to come out of Nashville in recent years. The singer/songwriter siblings recently won CMA “Vocal Duo of the Year” for the second year in a row in addition to “Music Video of the Year” for their Top 10, thre time GRAMMY-nominated single “It Ain’t My Fault.” They also stand as the reigning ACM “Vocal Duo of the Year” and “New Vocal Duo or Group of the Year.”