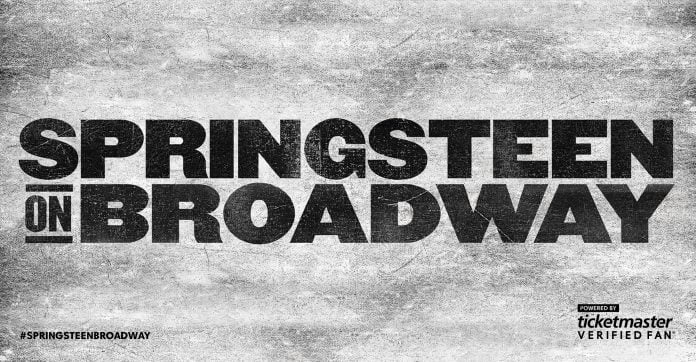 “Springsteen on Broadway” will launch globally on Netflix on December 15, 2018, which is also the final night of Springsteen’s completely sold out 236-show run at Jujamcyn’s Walter Kerr Theatre on Broadway.

“Springsteen on Broadway” is a solo acoustic performance written and performed by Tony Award, Academy Award, and 20-time Grammy Award winner Bruce Springsteen. Based on his worldwide best-selling autobiography ‘Born to Run,’ “Springsteen on Broadway” is a unique evening with Bruce, his guitar, a piano, and his very personal stories. In addition, it features a special appearance by Patti Scialfa. The evening has received rave reviews in top media here and abroad.

Said Ted Sarandos, Chief Content Officer, Netflix: “We are thrilled to bring Bruce Springsteen — a master storyteller, humanitarian and voice of the everyman — to Netflix in this historic one man show. This groundbreaking experience defies the boundaries of theater, concerts and film and will give our global audience an intimate look at one of the biggest cultural icons of our time.”

Said Springsteen manager, Jon Landau: “The purpose of the film is to bring this incredibly intimate show to Bruce’s entire audience intact and complete. In addition to its many other virtues, Netflix has provided for a simultaneous worldwide release which is particularly important for our massive international audience. Ted Sarandos and the entire company’s support has been a perfect match for Bruce’s personal commitment to the filmed version of ‘Springsteen on Broadway.’”

Bruce Springsteen’s historic sold-out series of performances of his one man show “Springsteen On Broadway” began previews on October 3, 2017 and officially opened October 12. The show was extended three times after its initial eight-week run, and will close on Broadway on December 15, 2018, bringing the total number of performances to 236.