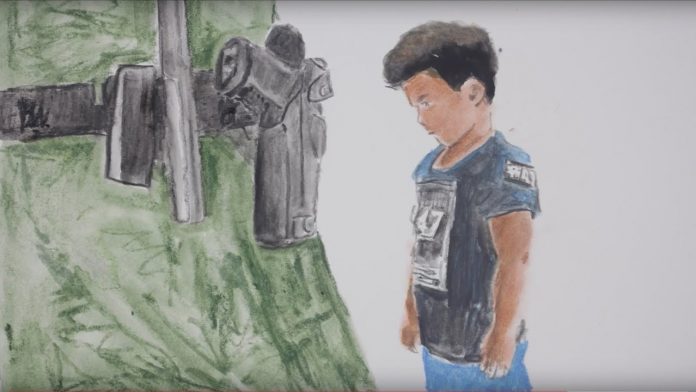 Legendary artist Graham Nash released an animated video by New York-based filmmaker, animator, and painter Jeff Scher for the timeless Nash-penned Crosby, Stills, Nash & Young anthem “Teach Your Children.” The political video parallels the social justice issues the U.S. faced in the 1960s with those it faces today. Nash also announced a new batch of North American tour dates in fall 2018 as he continues to support his most recent studio album This Path Tonight in 2016 and the June 29th release of Over the Years…, a 2-disc collection of Nash’s best-known songs from the past 50 years and more than a dozen unreleased demos and mixes.

On tour, Nash will be accompanied by longtime collaborator and This Path Tonight producer, Shane Fontayne on guitars and vocals, and former CSN keyboard player and vocalist, Todd Caldwell. Nash and friends will perform songs from his days in the Hollies through his years with Crosby, Stills & Nash and from his beloved solo recordings, weaving anecdotes and tales from his 50-year career throughout the evening.
In addition to his solo tour, Nash will join Emmylou Harris, Jackson Browne, and others on The Lantern Tour’s New York City date at Town Hall. The Lantern Tour will benefit the Women’s Refugee Commission and their advocacy on behalf of migrant and refugee families seeking safety at the U.S. border.

Towering above virtually everything that Graham Nash has accomplished in his long and multi-faceted career stands the litany of songs that he has written and introduced to the soundtrack of the past half-century. His remarkable body of work, beginning with his contributions to the Hollies opus, including “Stop Stop Stop” and “Carrie Anne”, his signature CSN (&Y) offerings like “Teach Your Children”, “Our House” and “Marrakesh Express” and his solo standouts “Chicago/We Can Change the World” and “Military Madness.

No Depression proclaimed of a recent tour date, “”Nash walked the audience through his catalog, a rich tapestry of music spanning more than five decades, accompanied by Shane Fontayne on guitar and vocals. Touring in support of his latest release, This Path Tonight, the strength of the material and the resilience in Nash’s voice made for a wonderful evening. And, as the crowd soon discovered, the new songs were every bit as vital as the classic anthems they came to hear.”