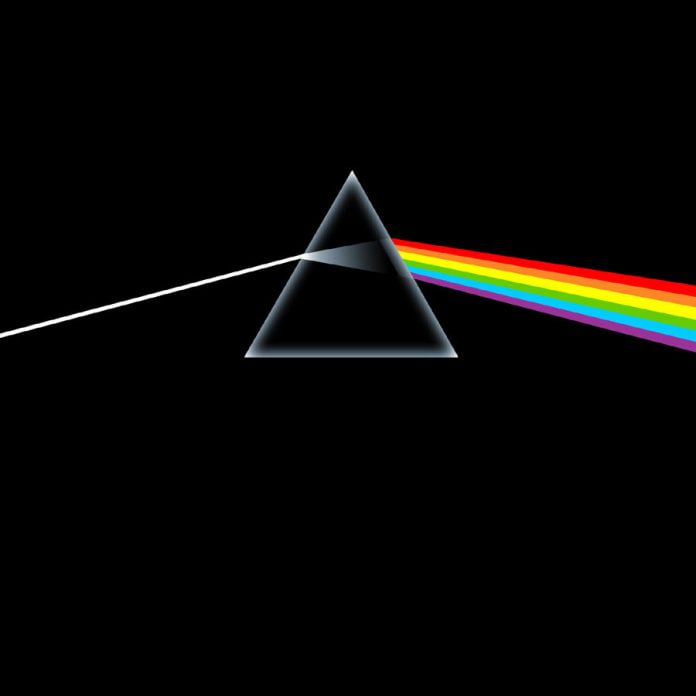 The legendary original artwork for Pink Floyd’s Dark Side of the Moon, considered to be the single most valuable artwork in rock history, will be exhibited and available for acquisition at the San Francisco Art Exchange (SFAE) gallery September 15 to October 20, 2018.

Valued at a multi-million-dollar figure, the original artwork from Dark Side of the Moon – released 45 years ago – was designed by the creative team of Aubrey Powell and Storm Thorgerson, creators of some of rock’s most memorable album covers including Led Zeppelin’s Houses of the Holy. When Dark Side of the Moon was released, there was no mention of the band’s name or album title on the cover, adding to the mystery and intrigue behind what was being called one of the most incredible albums ever made. It went on to sell 50 million copies, remaining on the Billboard charts for 741 weeks while the cover art became a visual icon, symbolizing the band itself and helping turn Pink Floyd into one of the biggest bands in the world.

Dark Side of the Moon will be accompanied in the exhibition by nearly 100 epic original works utilized for the covers of iconic albums such as Wish You Were Here, Abbey Road, Rubber Soul, Meet The Beatles, The Wall, Beggars Banquet, Candy-O (Alberto Vargas), Ummagumma, Hair, The Best of the Doors (The Doors), Dylan’s Blonde on Blonde, Johnny Cash’s At Folsom Prison, and Yes album originals including Relayer and Yesshows, along with scores of other of the most memorable and revered popular images of the 20th century.

The unlikelihood of mounting an exhibition of this kind and scope again may make this a once in a lifetime collection to view in person. These original works come from many private, corporate, and artists’ collections from around the world, all gathered together in one place by SFAE co-founders Theron Kabrich and Jim Hartley, whose 20-years of experience with pop culture artists and photographers has allowed for this exhibit’s existence.