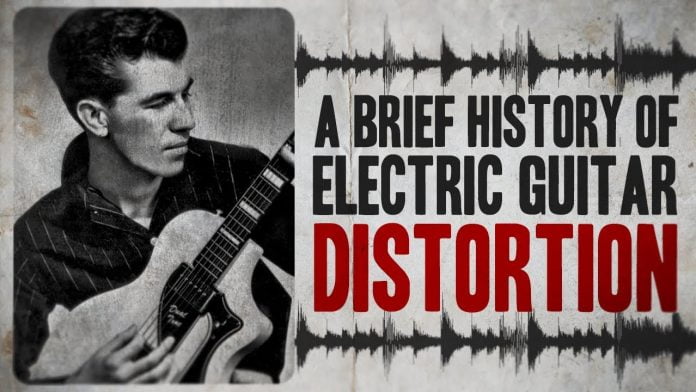 Distortion and overdrive are forms of audio signal processing used to alter the sound of amplified electric musical instruments, usually by increasing their gain, producing a “fuzzy”, “growling”, or “gritty” tone. Distortion is most commonly used with the electric guitar, but may also be used with other electric instruments such as bass guitar, electric piano, and Hammond organ. Guitarists playing electric blues originally obtained an overdriven sound by turning up their vacuum tube-powered guitar amplifiers to high volumes, which caused the signal to distort. While overdriven tube amps are still used to obtain overdrive in the 2010s, especially in genres like blues and rockabilly, a number of other ways to produce distortion have been developed since the 1960s, such as distortion effect pedals. The growling tone of distorted electric guitar is a key part of many genres, including blues and many rock music genres, notably hard rock, punk rock, hardcore punk, acid rock, and heavy metal music. So let’s go back to the beginning.