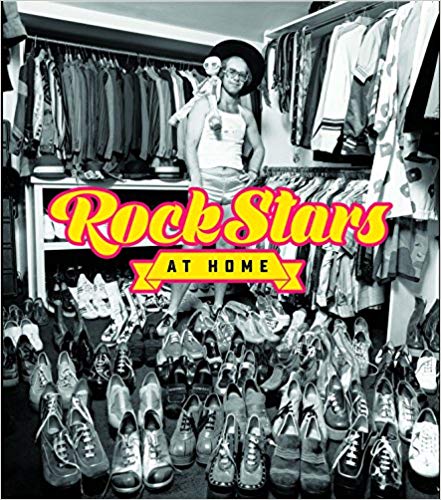 You can tell a lot about people from the way they live, and rock stars are no exception. From Graceland to Neverland, private planes to island hideaways, Rock Stars at Home takes you inside the houses, pools, planes, music rooms, playgrounds, and more of the biggest names in rock and pop and some of the most extravagant home comforts ever known.

Thirty homes are featured inside and their stars homeowners are history’s best from the 1950s through today. Elvis Presley, the Beatles, David Bowie, the Jacksons, Prince, Ozzy Osbourne . . . they’re all here. Packed with great photos throughout and eye-opening stories of wild behavior and even wilder interior décor, including insider accounts from those in the know, Rock Stars at Home is an entertaining and informative guide to living life like a rock star.

In addition to 200 glorious photos, entries give insight into each star’s life (how they spent their time when at home), from Elvis’s extraordinary down-home diet to the wild parties hosted by Keith Richards at Redlands, scene of the famous 1967 drug busts that led to the arrest of Richards, Mick Jagger, and art dealer Robert Fraser. Features throughout focus on specific topics, from the Beatles’s psychedelic interiors to the extravagant styles of the MTV Cribs generation.