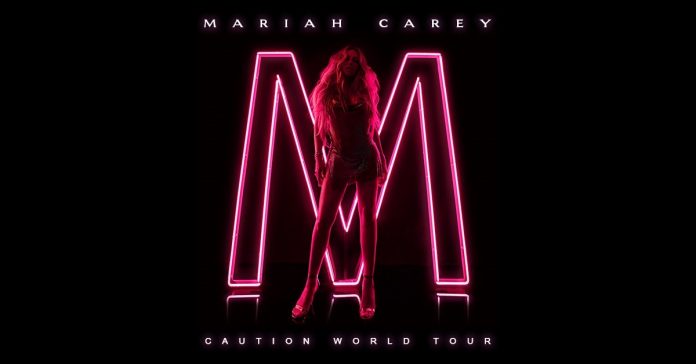 International singing & songwriting icon Mariah Carey has announced her upcoming Caution World Tour set to kick off in February 2019. The multi-platinum selling, multiple Grammy Award winner will get closer to the fans with her most intimate tour yet. The once-in-a-lifetime 22-city run produced by Live Nation starts in Dallas and will visit Atlanta, Chicago, Toronto, Atlantic City, Philadelphia, and more.

Tickets will go on sale to the general public starting Friday, October 26 at LiveNation.com. Citi is the official presale credit card for the Caution World Tour. As such, Citi cardmembers will have access to purchase presale tickets beginning Tuesday, October 23 at 10:00am local time until Thursday, October 25 at 10:00pm local time through Citi’s Private Pass program. Canadian and U.S. residents who purchase tickets online will be able to redeem one digital or physical copy of her new album and copies must be redeemed by May 6.

Earlier this week, Mariah Carey revealed November 16 as the release date for her anxiously awaited 15th full-length studio album, Caution. The digital pre-order just went live, and it unlocks immediate grat downloads of brand-new song “The Distance,” recent single “With You,” and the first teaser track “GTFO.” Carey’s last album, Me. I Am Mariah…The Elusive Chanteuse was released in 2014. Carey is a music powerhouse and the best-selling female artist of all time with more than 200 million albums sold to date and 18 Billboard Hot 100 #1 singles (17 self-penned) to her name.

Prior to kicking off the 2019 tour, Mariah will be in Las Vegas to continue her residency at Caesars Palace Colosseum, The Butterfly Returns.