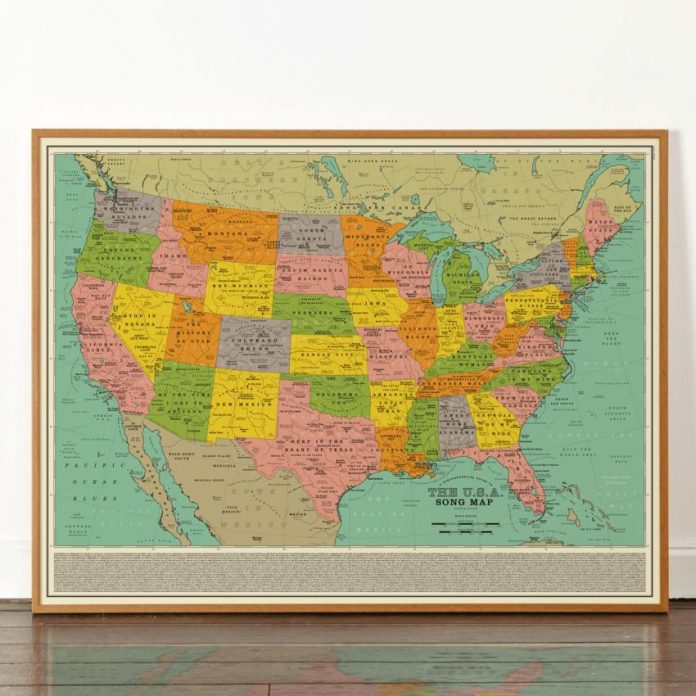 The art print company Dorthy just launched this vintage styled map, taking you on a musical journey around the U.S. via the titles of songs that reference states, cities, rivers, mountains and landmarks.

Some of their favourite song choices are the ones which require you to think a little harder about connections, such as Space Oddity (David Bowie) which signposts Cape Canaveral, After the Gold Rush (Neil Young) which references Sutter’s Mill, and Homecoming (Kanye West) which is placed near the rapper’s home town of Chicago. You can get it here before they’re gone, and happy trails!