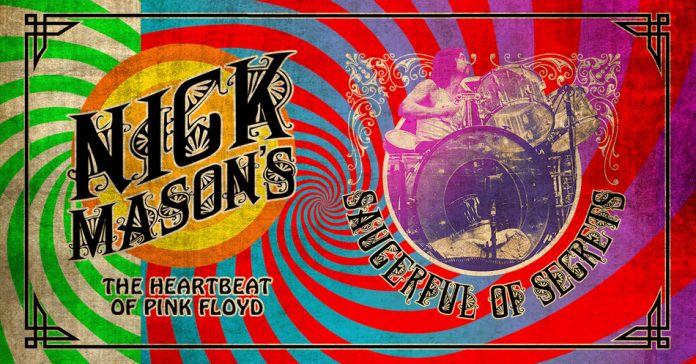 Nick Mason’s Saucerful Of Secrets have announced their first-ever North American tour in 2019 with stops in Los Angeles, Chicago, Toronto, and New York. Collecting rave reviews as they introduced their unique live show of early Pink Floyd to sold-out UK and European audiences in 2018, the 25-date tour kicks off March 12, 2019 in Vancouver, British Columbia at the Queen Elizabeth Theatre and concludes April 22, 2019 in Washington, DC at DAR Constitution Hall.

Find the full itinerary below. You can grab tickets here.