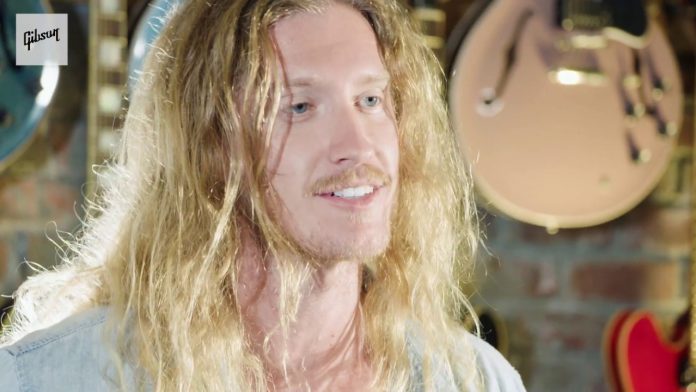 Gibson Brands, the world’s most iconic guitar brand, is proud to announce B.B. King as a “Gibson Legacy Artist” and has launched a new, Alpine White Limited Edition “Lucille” ES. Throughout his 65 years of playing Gibson guitars, B.B. King embodied Gibson’s values of quality, prestige and innovation and brought the indelible sound and style of Gibson guitars to new heights of popularity and recognition worldwide.

As part of their new role with Gibson, The B.B. King Family Trust is developing new products with Gibson beginning with this new edition of “Lucille.”

While King played many different guitars throughout the early part of his career, the “King of the Blues” played a varied mix of Gibson guitars since the late 1940s, including the ES-175, ES-330, ES-335 and ES-345. In the early 1960’s he made the Gibson ES-355 semi-hollow body guitar his trademark instrument, usually stuffing the sound holes to eliminate any chance of feedback.

In 1980, King joined the Gibson family as a Signature Artist, and played a custom-built ebony ES-355 for the rest of his life. Today’s B.B. King “Lucille” guitars continue his rich musical legacy and are made to the exact specifications chosen by B.B. King himself.

Created by their world-class craftsmen, The Gibson Signature Series of guitars are built to embody each artist’s unique musical identity through a combination of wish-list specs and design elements that help to express his or her image and distinctive playing preferences. The Gibson Signature guitar is an extension of the artist’s legacy and stands as a representation of their achievement in music while providing a personalized connection point for fans.

For more than half a century, Riley B. King – better known as B.B. King – defined the blues for a worldwide audience. Since he started recording in the 1940s, he released over fifty albums, many of them classics. He was born September 16, 1925, on a plantation in Itta Bena, Mississippi, near Indianola. In 1947, he moved to Memphis, TN, to pursue his music career staying with his cousin Bukka White, one of the most celebrated blues performers of his time, who schooled B.B. further in the art of the blues.

Soon after his number one hit, “Three O’Clock Blues,” B.B. began touring nationally. In 1956, B.B. and his band played an astonishing 342 one-night stands. From the chitlin circuit to rock palaces, symphony concert halls, universities, resort hotels and amphitheaters, nationally and internationally, becoming the most renowned blues musician of the past 60 years.

Over the years, B.B. developed one of the world’s most identifiable guitar styles. He borrowed from Blind Lemon Jefferson, T-Bone Walker and others, integrating his precise and complex vocal-like string bends and his left-hand vibrato, both of which have become indispensable components of rock guitarist’s vocabulary. His economy, his every-note-counts phrasing, has been a model for thousands of players, from Eric Clapton and George Harrison to Jeff Beck. B.B. mixed traditional blues, jazz, swing, mainstream pop and jump into a unique sound. In B.B.’s words, “When I sing, I play in my mind; the minute I stop singing orally, I start to sing by playing Lucille.”

In 1968, B.B. played at the Newport Folk Festival and at Bill Graham’s Fillmore West on bills with the hottest contemporary rock artists of the day who idolized B.B. and helped to introduce him to a young white audience. In 1969, B.B. was chosen by the Rolling Stones to open 18 American concerts for them.

In 1988, King reached a new generation of fans with the single “When Loves Comes to Town,” a collaborative effort between King and U2 on their Rattle and Hum album.