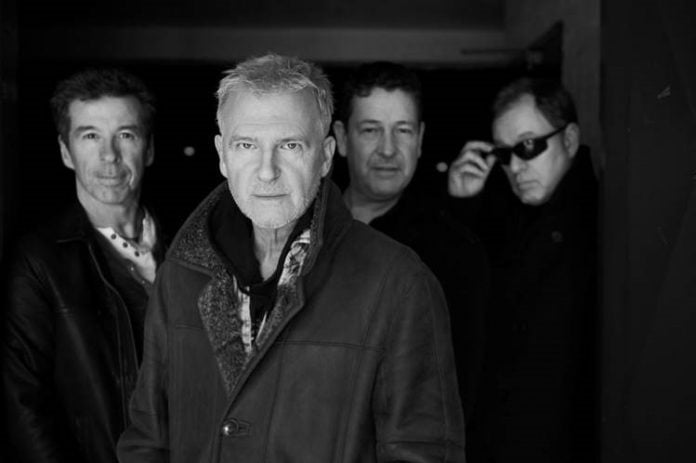 Corey Hart has just announced the addition of very special guests, Glass Tiger to join the line-up of The Never Surrender Tour. Best known for their top-ten hits “Don’t Forget Me” and “Someday”, the Canadian rock band will join Corey Hart on all the Canadian dates of the upcoming 2019 tour.

Last week, Canadian icon, Corey Hart announced the details of his first major arena tour across Canada since 1986. The Never Surrender Tour kicks off in St. Johns, NL on May 31 (Corey’s Birthday) and will follow the May 3, 2019 release of Hart’s new record Dreaming Time Again. Each ticket purchased for The Never Surrender Tour comes with a digital copy of Corey’s new EP when it’s released May 3, 2019.

After forming in Newmarket, Ontario, Glass Tiger kicked off their career in the summer of 1984 when they spent two evenings opening for Boy George and Culture Club at Toronto’s Maple Leaf Gardens. Then called, Tokyo, their dynamic, original sound captured the moment of the mid-80’s and led them to signing a record deal with Capitol Records. Tokyo officially became Glass Tiger.

Glass Tiger’s first album The Thin Red Line set a record for being the fastest selling debut recording in Canadian history, going gold within weeks of its release. Following this, the bands next two albums Diamond Sun and Simple Mission solidified their reputation as being one of Canada’s better song crafters. Having toured with international music legends like Tina Turner in Europe, the ever-popular Journey (with Steve Perry) in America and Roxette throughout Europe and Canada, Glass Tiger is still going strong, 31 years later.

With their latest album 31, Glass Tiger is now into the third decade of a phenomenal music career. Recorded in Nashville by fellow Canadian entertainer Johnny Reid, Glass Tiger was guided back to the songs that originally made them stars in Canada and beyond. Just as remarkable, the core band members have maintained a brotherhood built on respect and friendship throughout that journey. Today the band includes original members Alan Frew on vocals and guitar, Sam Reid on keyboards, Al Connelly on guitar, and Wayne Parker on bass, as well as longtime drummer Chris McNeill who joined in 2000.