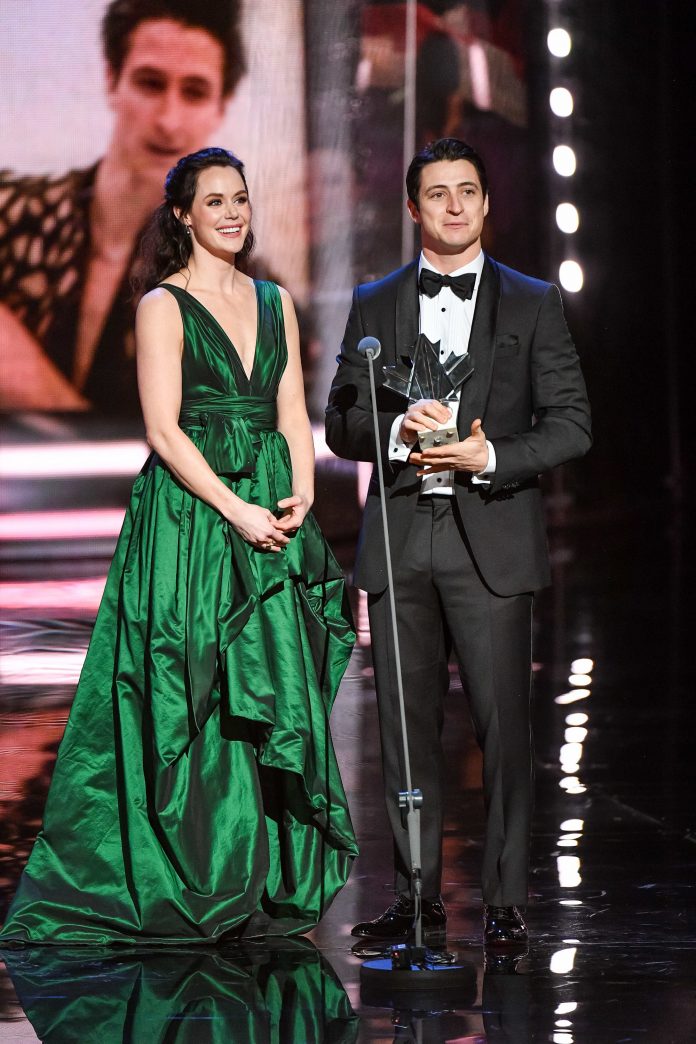 The evening began as past and new inductees walked the Red Carpet, making their way into the Sony Centre for the Performing Arts in Toronto for the 2018 Canada’s Walk of Fame Awards. The star-studded red carpet was buzzing with energy and excitement from fans eager to catch a glimpse, a selfie, and a moment with their idols including this year’s inductees: Col. Chris Hadfield, Andrea Martin, Seth Rogen and Evan Goldberg, Tessa Virtue and Scott Moir, Jimmy Pattison, Andy Kim, Lorca Cohen for Leonard Cohen, and Allan Slaight Honour recipient Jessie Reyez. Notable Canadians who attended the evening’s celebration included: