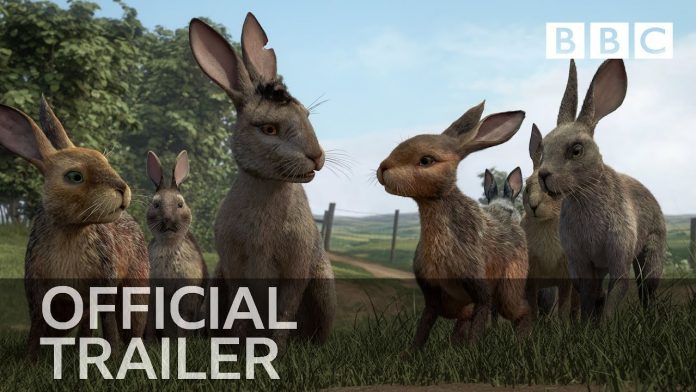 Adapted for the screen by Tom Bidwell, this tale of adventure, courage and survival follows a band of rabbits as they flee the certain destruction of their home.

The series premieres on both BBC One and on Netflix December 23, 2018.