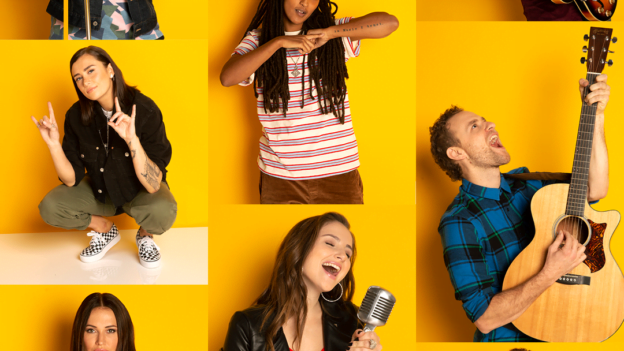 CTV officially unveils today the 30 artists vying for their chance to record an original song on the upcoming second season of CTV’s smash-hit music series, THE LAUNCH, premiering January 30. Handpicked from thousands of applicants, these widely gifted artists represent some of the best talent that Canada has to offer across a variety of musical genres, including pop, rock, country, soul, folk, and more.

The six-episode second season of THE LAUNCH kicks off Wednesday, Jan. 30 at 8 p.m. ET/PT in super simulcast on CTV, VRAK, and the CTV app. Weekly episodes of THE LAUNCH will also air day-and-date with CTV on VRAK, subtitled in French. Encore presentations of THE LAUNCH air Saturdays at 8 p.m. ET/PT on CTV and Sundays at 11 a.m. ET on Much (visit CTV.ca and Much.com to confirm local listings).

See below for a list of artists, airdates, and corresponding celebrity mentors and song producers. To learn more about each artist and to watch a Season 2 preview, visit @CTV_PR and click here. Viewers can catch up on Season 1 of THE LAUNCH on CTV.ca, the CTV app, and the all-new Crave.

Based on the success of the first season, THE LAUNCH secured an exclusive worldwide distribution deal with Sony Pictures Television (SPT). In addition, the inaugural season delivered a series of consecutive #1 hit songs amassing more than 30 million streams internationally to date, including “Ain’t Easy” by Elijah Woods x Jamie Fine, which also has accumulated more than 342 million radio audience impressions to date. The pop/hip-hop duo won the iHeartRadio MMVA for Best New Canadian Artist in August, and recently dropped their latest single “Better Off.”