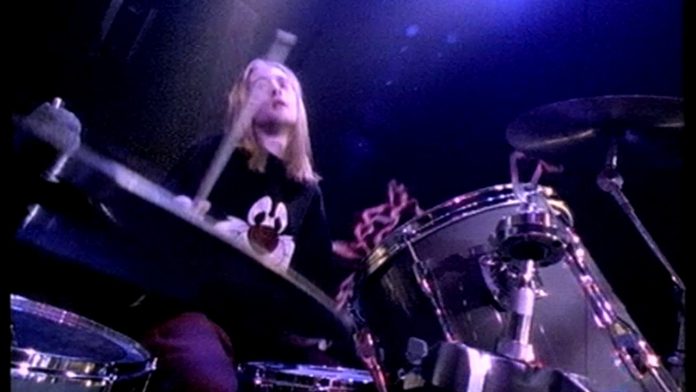 Teenage Fanclub are pleased to announce a North American tour beginning February 21 in Vancouver, BC, and concluding in Saxapahaw, NC, with a very special show to kick off the celebration of the 30th anniversary of their longtime US label, Merge Records. They’ll also be guests on my SiriusXM show, @ThatEricAlper shortly.

The first Teenage Fanclub single, 1990’s “Everything Flows,” was all about getting older and finding your way: Right from the beginning, the Scottish band somehow inherently understood the joy and confusion of forging a creative path. Even with that knowledge, the band’s three equally proficient and prodigious songwriters—Norman Blake, Raymond McGinley, and Gerard Love—probably wouldn’t have predicted that this path would still be unfolding nearly thirty years later. Steadily, Teenage Fanclub have built an incredible catalog of gleaming pop songs. It’s been a relatively straight line in pursuit of pop perfection, from the snarlier early days to the highly vaunted Bandwagonesque to the grand Songs from Northern Britain to their measured, contemplative latest, 2016’s Here.

The band spent a decent chunk of 2018 looking back, something they’re not inclined to do, but duty called: Five classic albums originally released between 1991 through 2000 were remastered at Abbey Road and lovingly reissued in Europe, and Teenage Fanclub took that as a challenge to relearn nearly every song from that era and plan a special series of three-night stands in the UK during which to play them.

A big plus to re-learning the oldies: They’d have a bigger pool of songs to choose from live, something they still cherish. A trip around the world was planned, starting with Japan, Australia, and New Zealand. It turned out, though, that Love’s enthusiasm for touring far-off places had waned, while the rest of the band consider touring to be crucial fuel for creativity. That impasse led to Love’s amicable departure from the band: He’ll play the back-catalog shows in the UK in October and November, and then turn in his Fanclub membership.

McGinley and Blake have nothing but praise for their bandmate; they’ll miss his contributions, but they’re more excited than ever to make songs together—including, sooner than later, brand-new ones. “The three of us have spread the burden of songwriting over the years, so there will be a bit more work involved creatively,” says Blake. “We don’t feel pressure to get somebody in as a songwriter to replace Gerry. Whatever happens, I know that we’ll create something that we’ll be happy to put our name behind.”