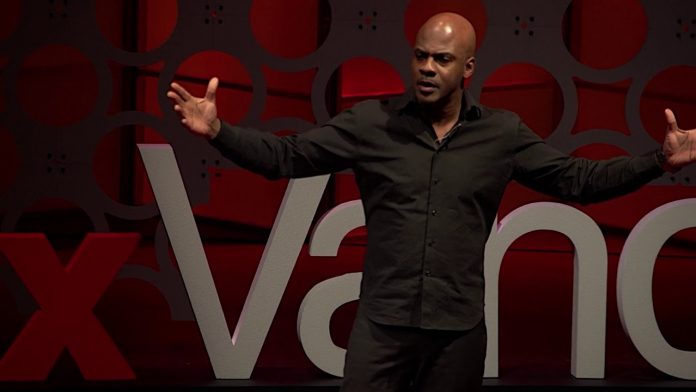 Wesley Williams, Canadian rapper and renaissance man – better known as Maestro Fresh Wes. Born and raised in Toronto to Guyanese immigrant parents, Maestro has transcended his humble roots to become the “godfather of Canadian hip-hop”. He has won Juno Awards, was named CBC Music’s top Canadian rapper in 2013 and is the first Black Canadian to have a record hit certified platinum. Following these achievements, Maestro has been relentless in his pursuit of prominence through writing, motivational speaking, and acting. Maestro is now hitting the platform as a keynote speaker and has co-authored the book, Stick to Your Vision and has come a long way since his original hit single, Let Your Backbone Slide. This talk was given at a TEDx event using the TED conference format but independently organized by a local community.

“As I evolve, I realize, you can have a vision, but sometimes you have to have a re-vision. A lot of people have ideas, and they stay in their little box. I decided to keep on moving.[…] Don’t let anybody tell you that you can’t accomplish what you want to do. Revise yourself.”