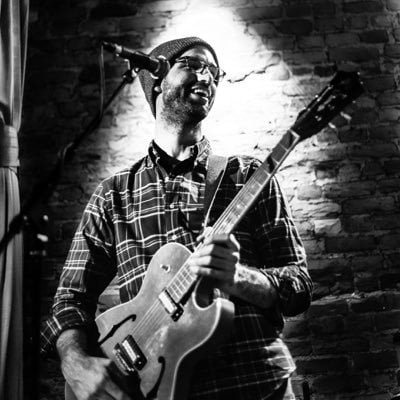 JP Ruggieri announces the release of his album, Waiting On You, on January 24, 2019. Waiting On You is a concise and stunning record, packed with unique songwriting, tight grooves, and the kind of tasteful musicianship that can’t be faked from the sought-after session musician who has worked with artists such as Rainee Blake (Nashville TV Show) and Penny & Sparrow. The album was produced by Chris Jacobie (Penny & Sparrow) and  is debuting during JP’s UK tour alongside Jarrod Dickenson. Waiting on You is available for download and purchase on all major music platforms.

JP Ruggieri began his music career at the esteemed Berklee College of Music. After graduating, he released his first EP (under a different name), quickly becoming a first-call player in the New York scene, as well as a sought after session musician; recording guitar and pedal steel for artists such as Penny & Sparrow, Jarrod Dickenson (Decca Records) and Rainee Blake (Nashville TV Series) to name a few. After a period of  7 years, JP collaborated with producer Chris Jacobie to record another original album – Waiting on You. It’s safe to say that JP now believes exactly what it is that he’s saying, and this album is most definitely worth the wait.