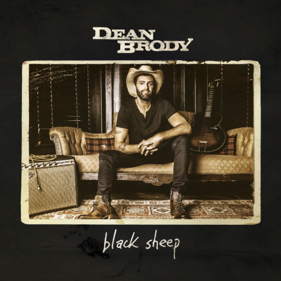 With a plethora of accolades to his name, Brody is a 2-time Juno Award winning artist, 17-time CCMA Award winner, and celebrated songwriter, with three previous CCMA Award wins for songwriter of the year, and 23 Top 10 hits at country radio, the most recent of which was “Dose of Country”, the second single from Black Sheep.

The playful, upbeat track “Whiskey in a Teacup” is the newest single from the EP, which was recently released across all platforms. In clever lyrically juxtaposing phrases, the harsh taste of whiskey disguised in a teacup serves as a metaphor for an unassuming woman who may surprise people, in one way or another.

Black Sheep contains a perfect compilation of Brody’s signature uptempo, foot-stomping hits (“Good Goodbye”, “Dose of Country” and the latest single, “Whiskey in a Teacup”), with hints at a softer, deeper, side. The title track, “Black Sheep” is reminiscent of his signature storytelling depth, with an addictive upbeat tempo. Brody’s unique ability to beautifully articulate rare moments in time through the art of songwriting is showcased through “Moonlight Girl”. In a similar vein, “Ever After” is a touching ballad which Brody is known for, fully encompassing the long lasting connection found in the right relationship.

Written and produced in Nashville alongside longtime collaborative partner and producer Matt Rovey, Black Sheep, is meant to encompass an individual, artistic body of work, created outside the constraints of conventional borders.

Brody’s aptitude for songwriting and capturing moments inspired by the beauty of every day life observed around him are paramount. He hopes fans find their own connections to individual tracks, stating, “To me, Black Sheep symbolizes the fact that it’s ok to identify as different, and to think outside the box. I hope listeners find their own meanings and connections to the lyrics, whether they are in the mood for a party on a Friday night, or in the midst of discovering the excitement of a new relationship.”

This fall will bring Brody together with another iconic country artist making his mark on the genre, Dallas Smith, for the first-ever, larger-than-life, Friends Don’t Let Friends Tour Alone Tour, kicking off in Sault Ste. Marie on Sept 18, before heading across the country. Shortly thereafter, the two unique artists known for their multiple #1 smash hits will take to the Budweiser Stage in Toronto for an epic co-headlined evening, which will mark Brody’s third year in a row headlining the large-scale venue. Familiar friends will share the stage with Brody and Smith throughout the anticipated event, with special guests Chad Brownlee and MacKenzie Porter joining the award-winning pair on the national tour.