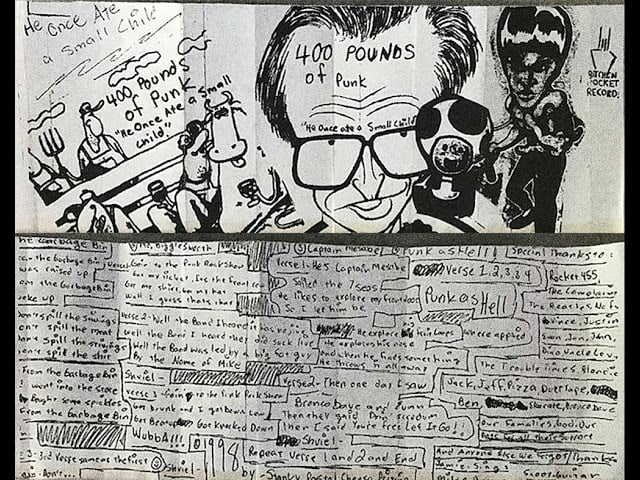 In late 1997, an aptly-named teen trio called 400 Pounds of Punk recorded a handful of tracks in a makeshift home studio at 1203 Ferdinand Street in Southwest Detroit. The track list is a sparse four songs. An unlisted hidden fifth track is a rude cover of Blondie’s “One Way Or Another” with vocal duties shared by the band’s lead singer Jamie Cherry and one of the session engineers, a then-unknown Jack White.

The cassette, titled “He Once Ate A Small Child,” is as far as I can tell the rarest physical release of a Jack White performance.