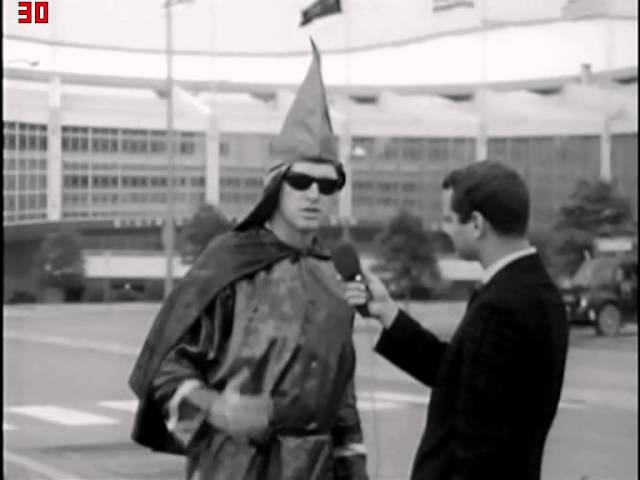 “More popular than Jesus” was part of a longer remark made by John Lennon during a 1966 interview in which he argued that the public was more infatuated with the Beatles than with Jesus, and that rock music might outlast Christianity. His opinions drew no controversy when originally published in the United Kingdom, but when they were republished in the United States a few months later, angry reactions flared up in Christian communities. The full quotation was:

Christianity will go. It will vanish and shrink. I needn’t argue about that; I’m right and I’ll be proved right. We’re more popular than Jesus now; I don’t know which will go first – rock ‘n’ roll or Christianity. Jesus was all right but his disciples were thick and ordinary. It’s them twisting it that ruins it for me.

The statement originates from a March 1966 article for the London newspaper the Evening Standard. When Datebook, a US teen magazine, quoted Lennon’s comments in July, extensive protests broke out in the US, particularly throughout the Bible Belt. Some radio stations stopped playing Beatles songs, their records were publicly burned, press conferences were cancelled, and threats were made. The controversy coincided with the group’s US tour in August 1966, and Lennon and Brian Epstein attempted to quell the dispute at a series of press conferences. Some tour events experienced disruption and intimidation, including a picketing by the Ku Klux Klan. Press coverage of their just-released album Revolver was also overshadowed by the controversy.

And yet, here we are today. The KKK are still in the news. More focus on The Beatles, less on the KKK in the future, ok?