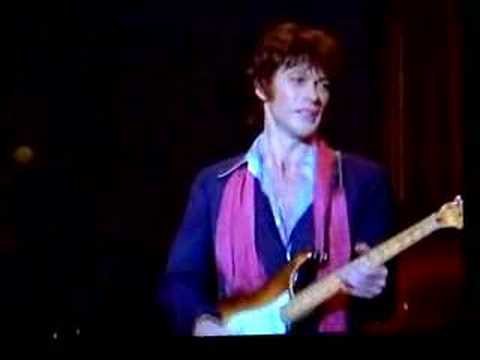 Imagine Documentaries, White Pine Pictures, Bell Media Studios and Universal Music Canada’s Shed Creative have partnered on a feature documentary film, Once Were Brothers: Robbie Robertson and The Band, about legendary musician and founding member of The Band, Robbie Robertson. The film is directed by Daniel Roher (Survivors Rowe) and will be executive produced by Martin Scorsese, Brian Grazer and Ron Howard.

The film is a confessional, cautionary, and occasionally humorous tale of Robertson’s young life and the creation of one of the most enduring groups in the history of popular music. Inspired by Robertson’s bestselling memoir, Testimony (Penguin/Random House, 2017), the film blends rare archival footage and interviews with many of Robbie Robertson’s friends and collaborators, including Bruce Springsteen, Eric Clapton, Van Morrison, Martin Scorsese, Taj Mahal, Peter Gabriel, David Geffen and Ronnie Hawkins, among others.

“I’m honoured to have my memoir, Testimony, made into a documentary film by such an extraordinarily talented creative team,” said Robertson.

A half-Mohawk, half-Jewish kid from Toronto, Robbie Robertson got his break at 16 years old with Ronnie Hawkins’ The Hawks. He was Bob Dylan’s guitarist on the notorious 1966 “electric” world tour and as leader of The Band, collaborated on the ground-breaking Basement Tapes, inventing “Americana”, with songs like The Weight, Up on Cripple Creek, and The Night They Drove Old Dixie Down. The Band’s touring culminated with the seminal concert and film, The Last Waltz. With a career spanning over six decades, he is also known as a songwriter, producer, author and film composer; with collaborations such as director Martin Scorsese.

“Robbie and The Band are the stuff of rock n’ roll mythology,” said Imagine Documentaries President, Justin Wilkes. “As a Woodstock native, the Big Pink house loomed large in my cultural psyche growing up and like many, many others, the music sure made a lasting impression. The gospel according to Robbie is a wild, cinematic ride and we here at Imagine are honored to partner with Daniel and an illustrious band of producers in sharing Robbie’s story with the world.”

“It is an honour to be producing this theatrical documentary in exclusive collaboration with Robbie Robertson, the man who wrote the anthems of our generation, and continues to create extraordinary music today,” said Peter Raymont, President, White Pine Pictures.

“We are delighted to help bring the incredible story of one of Canada’s most revered artists to the screen, and look forward to welcoming it to our robust collection of music documentaries on Crave,” said Randy Lennox, President, Bell Media.

“Our focus is to find stories that are emotionally dynamic and have cultural weight behind them. Robbie’s story and career is just that and we’re thrilled to be partnering with Imagine to give this story the global platform that it deserves,” said Dave Harris, managing director, Shed Creative.