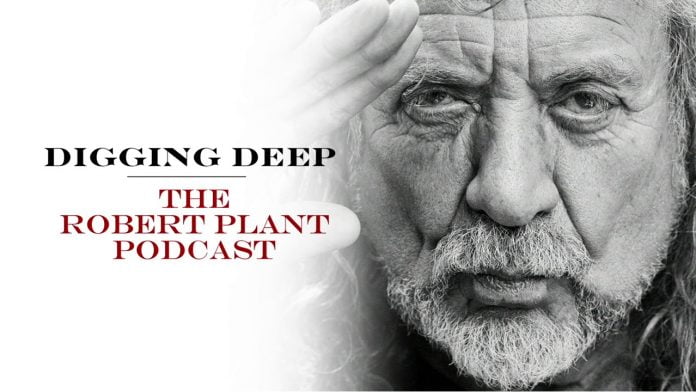 In the first episode of ‘Digging Deep’, Robert Plant discusses, ‘Calling To You’, the opening track on his 1993 album ‘Fate of Nations’. The song didn’t get the reaction some would have hoped:

Robert says, “I did a track on Shaken ‘n’ Stirred called ‘Too Loud,’ and I got some of Bette Midler’s girls to help me with some choruses and stuff. I basically was seriously affected by David Byrne. It’s very funny, it’s a funny song, it’s supposed to be funny…So the record label said, ‘What are we supposed to do with this?’” Plant said. “I said, “Play it and let’s get some reaction.’ Calls [to radio stations] were very important, that’s a very important aspect of floating a new collection of songs. Sadly though, the calls that came into WXRT in Chicago were, ‘Get that shit off the [air], who is that, what the hell is that? Who is he trying to be?’

“That was a real great moment for me because they would send me all the responses typed out,” he says. “I was very proud, I thought that was another great moment, for the man who wouldn’t be king.”

Subscribe now on iTunes, Spotify, Acast, YouTube or wherever you get your podcasts to get the next episode here.