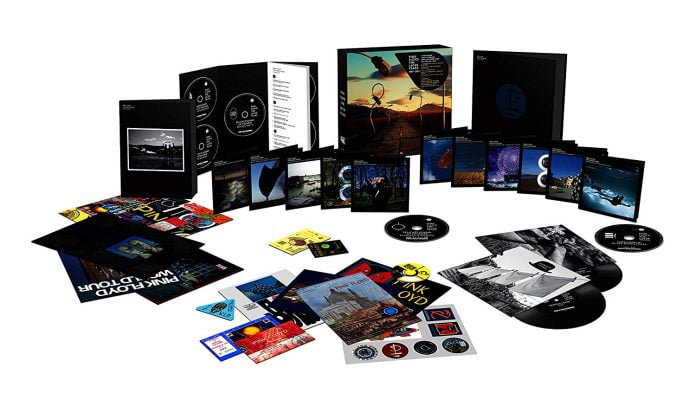 On November 29, 2019, Pink Floyd Records will release ‘Pink Floyd The Later Years’, an 18-disc set (5 x CDs, 6 x Blu-Rays, 5 x DVDs, 2 x 7″ plus exclusive photo book and memorabilia) covering the material created by David Gilmour, Nick Mason and Richard Wright from 1987 onwards. The period generated record sales of over 40 million worldwide and included three studio albums: ‘A Momentary Lapse of Reason’, ‘The Division Bell’ and ‘The Endless River’ as well as two live albums: ‘Delicate Sound of Thunder’ and ‘Pulse’. With additional production from David Gilmour and Andy Jackson, over 13 hours of unreleased audio and audiovisual material, including the sought-after 1989 Venice and 1990 Knebworth concerts, ‘Pink Floyd The Later Years’ is a must for all fans.

Additionally, a “Highlights” package from the box set, available as both a single CD or double-LP, will also be released.