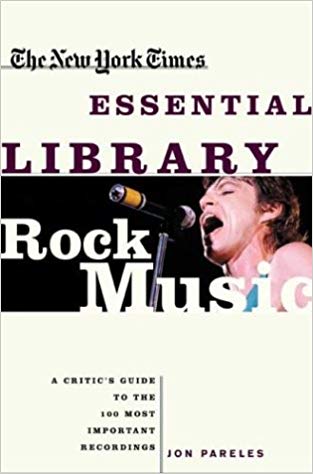 Rock and roll has engendered a whole myriad of subgenres-from metal to reggae, folk rock to funk, country rock to hip-hop, punk to grunge, rockabilly to soul. In assertive and original essays, Jon Pareles, the rock music critic for The New York Times, addresses what he calls the “panopticon” of genres that grew out of the early traditions. He includes several of these seminal artists who laid the groundwork for later experimentation-Elvis, Chuck Berry, and Buddy Holly, for example. But he also ranges widely over some more unusual favorites: Marvin Gaye, Joni Mitchell, James Brown, Public Enemy, Parliament-Funkadelic, Nirvana, U2, and Talking Heads.

Pareles bases his selection of the hundred best albums on their innovativeness, historical significance, and pure listening pleasure. He tells us not just what the album sounds like but why it is so influential, and in many cases, why it’s still a thrill to hear after all of these years. This latest volume in the Essential Library series captures perfectly the way that rock has shaped and shaken both our culture and our minds.