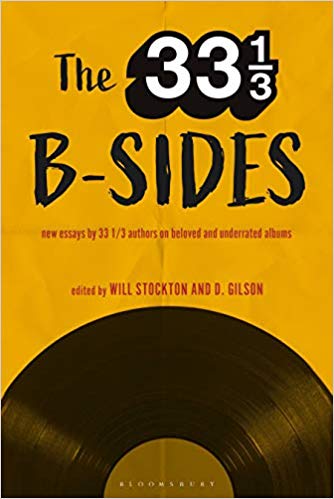 If given another chance to write for the series, which albums would 33 1/3 authors focus on the second time around? This anthology features compact essays from past 33 1/3 authors on albums that consume them, but about which they did not write. It explores often overlooked and underrated albums that may not have inspired their 33 1/3 books, but have played a large part in their own musical cultivation.

Questions central to the essays include: How has this album influenced your worldview? How does this album intersect with your other creative and critical pursuits? How does this album index a particular moment in cultural history? In your own personal history? Why is the album perhaps under-the-radar, or a buried treasure? Why can’t you stop listening to it? Bringing together 33 1/3’s rich array of writers, critics, and scholars, this collection probes our taste in albums, our longing for certain tunes, and our desire to hit repeat–all while creating an expansive “must-listen” list for readers in search of unexplored musical territories.

Co=edited by Will Stockton, heis Professor of English at Clemson University, USA, and the author of several books, including Members of His Body: Shakespeare, Paul, and a Theology of Nonmonogamy (2017) and Playing Dirty: Sexuality and Waste in Early Modern Comedy (2011). Thr book is also co-edited by D. Gilson, who teaches English at Missouri State University, USA. His books include Incarnate: Notes from an Evangelical Boyhood (2020) and I Will Say This Exactly One Time: Essays (2015).