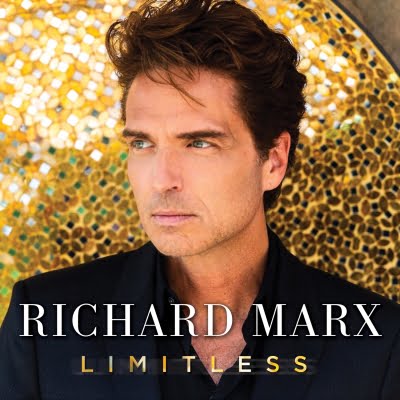 Today, Richard Marx announces his new album ‘Limitless,’ out February 7th 2020 on BMG. ‘Limitless’ is Richard’s first album of original songs in six years, as well as his first new release for BMG. Produced in part by Richard and featuring co-writes with Sara Bareilles, Richard’s son Lucas Marx and his wife Daisy Fuentes, ‘Limitless’ represents a new beginning for the celebrated singer-songwriter. While his last album ‘Beautiful Goodbye’ closed the book on one chapter of Richard’s life, ‘Limitless’ opens a new one. After falling back in love, remarrying and settling into a new home in LA, “I’ve never felt so intrinsically strong and optimistic about my future,” Richard says, and the bright, heartfelt pop of ‘Limitless’ reflects that feeling.

Richard has also released a new song from ‘Limitless’ entitled “Let Go.” Co-written with Daisy Fuentes, and co-produced by Richard himself and Morgan Page (deadmau5), “Let Go” is a driving track about the freedom of new beginnings. “It reflects the way I feel about my life these days,” Richard says. Listen to “Let Go” here: https://richardmarx.lnk.to/LetGoPR

“I wasn’t really sure what making a new album meant for an artist like me,” Richard says of the creative process behind ‘Limitless.’ “All I knew was that I still write songs all the time and I realized I had a collection of songs I really liked. In my past, my only criteria was to write and record songs that pleased me, and hopefully other people would like them, too. So I returned to that ideology and dismissed any concerns of stylistic consistency and the next thing I knew, I had recorded a diverse album I really liked.”

Shortly after signing with BMG earlier this year, the label celebrated the 30th anniversary of his breakout album ‘Repeat Offender’ by releasing ‘Repeat Offender Revisited,’ a compilation of brand new live and acoustic versions of songs from the original album, including his hit song “Right Here Waiting.”

Richard Marx has sold more than 30 million albums worldwide, won a GRAMMY, and remains the only male artist in history whose first seven singles reached the Top 5 on the Billboard charts. In addition to being a musician, Richard is a committed philanthropist. His charitable causes include the American Cancer Society, the Cystic Fibrosis Foundation, and the Ronald McDonald House Charities, and he supports Mercy For Animals, ASPCA, Humane Society and St. Jude Children’s Research Hospital.

Richard Marx will tour through the end of 2019 and into 2020 with intimate performances at theaters from coast to coast including stops in San Francisco, Milwaukee, Detroit and more. Full tour routing below.