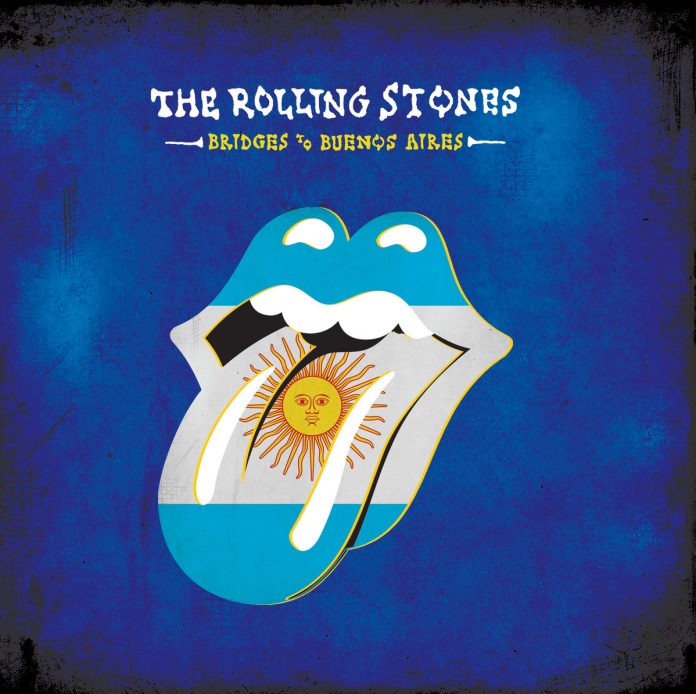 Bridges to Buenos Aires captures the complete show from April 5th 1998, the last date of the band’s five-night sell-out residency at the River Plate Stadium in Argentina’s capital city. The legendary Bob Dylan joins the band onstage for a unique performance of “Like A Rolling Stone”.

From the explosive opening salvo of “Satisfaction”, it’s evident that both the band and the crowd mean business. The latter are packed in like sardines at the River Plate Stadium, all of them moving as one. They welcome The Stones back with the warmth of long-lost brothers.

The band then unzipped over two hours of pure, animalistic rock ‘n’ roll exhilaration. Then-new songs from Bridges To Babylon found their natural place in a setlist that included some of the most recognizable anthems of the rock era. “Flip The Switch”, “Saint Of Me” and “Thief In The Night” rub shoulders with a brooding “Gimme Shelter”, Jagger’s acoustic and Ronnie’s slide guitar on “Sister Morphine”, and a whole host of singalong crowd-pleasers.

Then, suddenly, and without introduction, Dylan. The bard had played his own set to the adoring River Plate crowd before ambling on stage to double-date with Jagger on “Like A Rolling Stone”, which the Stones had admirably inhabited on 1995’s Stripped. Bob’s customarily approximate vocal style certainly kept Mick on his toes, but the bonhomie of the moment gave further warmth to a set that was growing evermore fierce.
The Rolling Stones have always preferred to cross bridges rather than to burn them. By the time they said buenas noches to Buenos Aires that night in ’98, they had left Latin America a love letter to be treasured

This concert film has been meticulously restored from the original master tapes, and the audio remixed and remastered from the live multitrack recordings.