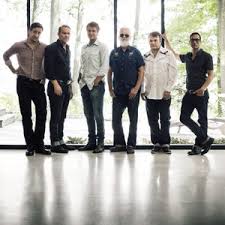 Fans in Barrie can also catch Blue Rodeo when they perform at the Molson Centre on Sunday, December 29th, 2019.

When fans lined Toronto’s Queen Street to get into clubs where Blue Rodeo was performing in the mid-1980s, the band felt as though they had achieved success. And, in fact, they had. But that success has grown exponentially through the ensuing three decades since they formed, and by staying authentic and true to themselves, Canada continues its enduring love affair with Blue Rodeo.

Reflecting back on three decades of successes and those early Blue Rodeo days, the band fully appreciates how fortunate they are. Jim Cuddy shares, “When you look back, you realize that it has just been this beautiful dream.”

In the thirty years since forming, Blue Rodeo has sold over 4 million albums, won countless Juno awards, been inducted into the Canadian Music Hall of Fame, received a star on Canada’s Walk of Fame, been named to the Order of Canada and have been honoured with the Governor General’s Performing Arts Award.