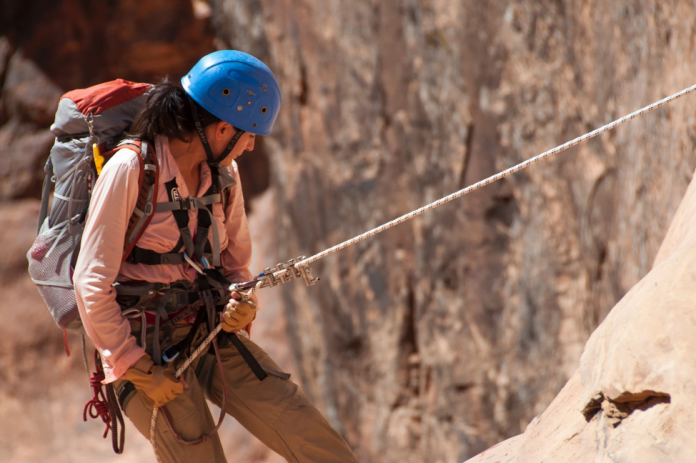 So many places, so little time. This adage perfectly captures every first-time traveler’s dilemma – the United States of America has so much to offer that a single weekend, or a week, would never be enough. Regardless if you are looking for long, stretching coastlines or the bustling metropolis, from the cold in Alaska to the heat in Florida, here are some of the top vacation destinations in the United States.

Carved by the powerful Colorado River a few million years ago, the Grand Canyon in Arizona is one of the most breathtaking natural wonders in the world, leaving some six million average visitors amazed every year. Running close to 300 miles in length, some 18 miles wide and about a mile deep, this far-reaching ravine is currently under the protection of the National Park Service and has been designated by UNESCO as a World Heritage Site.

There are quite a number of ways with which you can come and appreciate this remarkable work of nature. For the athletically inclined, the activity of choice has to be hiking or mountain climbing. Most sections of the canyon are not suitable for rock climbing due to its multiple layers of earth and rock, most of which are soft. However, there are quite a few designated climbing areas for rock climbing and bouldering. Even more surprising is that these are even hailed as some of the best rock climbing places in the US. Most people, though, would rather go on a hiking tour in either the North or the South Rim.

Of course, you have to at least pass through the Grand Canyon Village which offers one of the best vantage points for surveying the majesty of the canyon. There are also lodging and accommodations here right underneath the red and orange overcast of the canyon.

The seat of power of the entire United States of America is one of the most visited places in the country – and for a lot of reasons. You can even plan your entire vacation in and out of the city and still need more time.

Of course, the tour to the capital will always include a day-tour through the White House, easily recognizable from countless movies and TV shows. It is important to take note at this point that these are some of the most sought after tours in the entire country, and you will have to book your slots in advance. Aside from the White House, you can also book tours for the equally important United States Capitol, and its numerous war memorials, exhibits and museums, and even the National Zoo. One of the strongest points of Washington D.C. as a tourist destination is that most of its public attractions are free, especially for the museums curated by the Smithsonian Institution.

Lastly, enjoy the public commute coming from affordable apartments and AirBnB units from the neighboring suburbs like Virginia and Maryland. These are bustling suburbs filled with life, culture, and history.

The second-largest island of The Paradise of the Pacific will make you want to call it home after a day in its soils. Maui, Hawaii is home to fine-sand beaches home to some of the best surfing spots as well as views where you can watch pods of whales swimming just under the surface.

Choose whether you prefer the sunrise or the sunset, or both, and watch it from the highest point in the island – the peaks of Haleakala, which literally translates to “House of the Sun.” Even the road going to and from Haleakala is a picturesque adventure in itself. Hana Highway stretches for 64 miles and runs through the east coast of the island. It is a great paradise for road trippers with its smoothly rolling mountainsides and the occasional bridge crossing.

Further enjoy paradise with the lush, stream-cut wonder that is the Iao Valley. It is considered a sacred place among the natives and is identified with their major gods. An eye-catching landmark you will find in the valley is the 1,200 feet high Iao Needle, locally known as Kukaemoku.

You can always choose to cap off your Maui adventure with the wide selection of beachside activities available such as snorkeling, kiteboarding, windsurfing, and of course, surfing. If you prefer to travel light, you need not worry as local outfitters can provide you with everything you need.

One of the busiest cities in the world. In fact, it has earned its nickname from being open 24/7, playing headquarters to some of the largest brands and companies in the world. For tourists planning to include New York City in their next vacation, please be assured that any time is a good time to visit The City That Never Sleeps.

One of its sections, Broadway, is widely considered as the American contemporary for the older, more classical London West End. It has grown in renown over the past decades and has grown into one of Theater’s global centers. Moreover, New York has been among the trendsetters for the rest of the world, being a fashion capital with more than 5,000 fashion showrooms and more fashion headquarters than anywhere else in the world. And let’s not get started on the ever-anticipated New York Fashion Week.

Another reason to head out to New York is to personally see and appreciate the city’s effort to breathe more life into its concrete jungles. An abandoned section of the New York Central Railroad has been redesigned as a greenway and an elevated linear park now known as The High Line. Filled with walkways, bike lanes, and plants everywhere, this rehabilitation project is now an inspiration to other cities looking for sustainable development as well as bits and hints for contemporary architecture.

The geographical diversity of the United States is due to its massive size, enough to cover a few timezones from one end to the other. Its cultural diversity, on the other hand, is due to the countless peoples who have come from all over the world and met into what has become the world’s melting pot. Visiting America is not just another trip to book, it is a collection of experiences waiting to be lived by visitors like you.