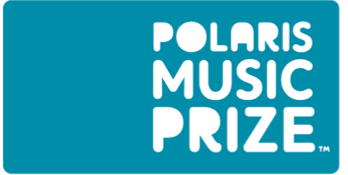 Steve Jordan, Founder of the Polaris Music Prize, will be leaving his position as Executive Director. Starting March 2, he will be the Senior Director of CBC Music.

Steve founded The Prize in 2006. Its winners and Long and Short List nominees have benefited from both a major cash prize, and with boosts to record streams, media attention, and live audience both domestically and internationally.

“I’ve been really struggling to articulate the mixed emotions I have leaving something I started and have devoted myself to for the last 15 years. I’m sad to leave the day-to-day, but feel a lot of joy that Polaris, culturally and financially, is in the strongest position it’s ever been. I have every confidence that the stewardship of the jury, our team, and our stakeholders will ensure Polaris continues with the integrity and vitality that people expect of it. It also feels good that so many of our sponsors and suppliers have been with us since the beginning and continue to support our mission of amplifying the musical excellence in this country. The various hands that touch Polaris throughout the year are all good hands to be leaving it in.”

Polaris Music Prize Board Chair, Miro Oballa adds, “On behalf of the Polaris Music Prize’s board of directors, we’d like to thank Steve for the vision and passion he’s brought to The Prize since its inception and we wish him all the best in his new role at the CBC. Polaris events manager Claire Dagenais will take on an expanded role within Polaris while Steve will continue to provide guidance for the Prize in his new role as a Polaris board member. We look forward to an exciting new chapter at Polaris.”

The Polaris Music Prize is a not-for-profit organization that annually honours and rewards artists who produce Canadian music albums of distinction. A select panel of music critics judge and award the Prize without regard to musical genre or commercial popularity.