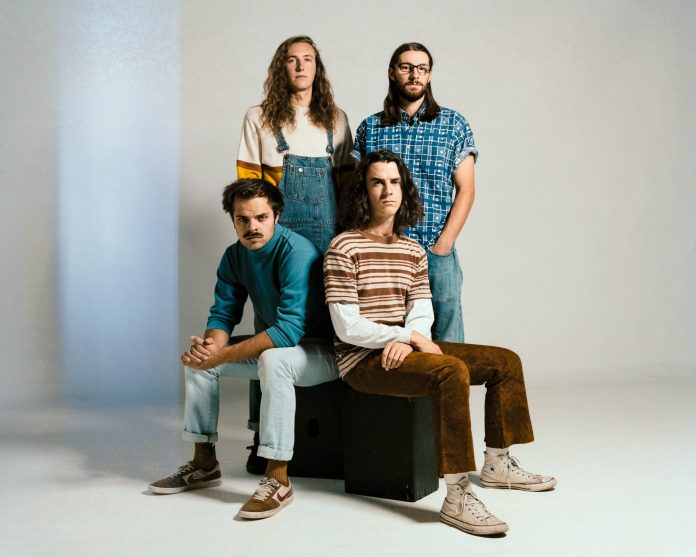 Peach Pit will embark on a massive headline tour this spring in support of their sophomore album. The first North American leg kicks off on April 24 in Calgary, AB with stops in Chicago, New York, and DC before Peach Pit bring their show to Europe. The band will return to the US for the West Coast run of dates beginning June 16 in Phoenix, AZ.

Peach Pit have released their new single “Shampoo Bottles” along with the Lester Lyons-Hookham directed official video for the track. Produced by John Congleton and written by Peach Pit, “Shampoo Bottles” will be featured on the band’s forthcoming sophomore album due out this spring and follows the release of “Feelin’ Low,” which will also be on the LP.

In speaking about the new single, Peach Pit’s lead-singer Neil Smith says: “‘Shampoo Bottles’ is a song about the stuff my ex-girlfriend left at my apartment after we broke up (deodorant, shampoo, cell phone charger) and how even after I’d used up all the soap in the bottle and the deodorant in the stick, I still didn’t throw them out for a while. The video, directed by our longtime collaborator Lester Lyons-Hookham, has four protagonists each mourning the end of something. It shows how coping with a loss can make you do weird things.”