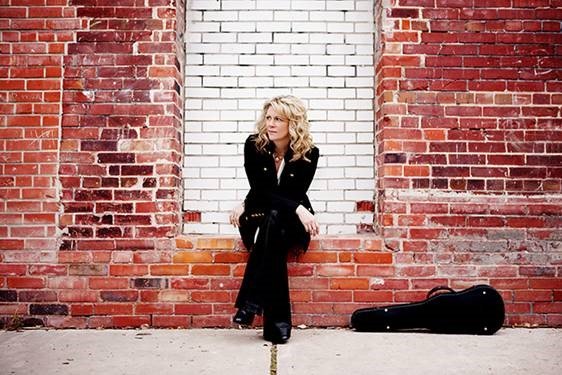 With over 300,000 albums sold, Canada’s most endeared and revered fiddler Natalie MacMaster has received a 2020 JUNO Award nomination for her newest release — and first solo album in eight years — Sketches.

The number eight factors in further, as the nod for Traditional Roots Album of the Year at this March’s 2020 JUNO Awards counts as her eighth nomination. Previously, the Canadian ‘Queen of the Fiddle’ has received a GRAMMY Award win and nomination, two JUNO Award wins and seven previous nominations, 19 East Coast Music Association awards, and five Canadian Country Music Association’s “Fiddler of the Year” nods — as well as three honorary doctorates, an induction into the Casino Nova Scotia Hall of Fame, and a member of the Order of Canada.

For Sketches, the Celtic music superstar is drawing on a different set of numbers for inspiration.

“It is a moment during my 47th year of life, my 37th year of fiddling, my 16th year of marriage, and my 13th year of parenting,” MacMaster says of Sketches, and in reference to her seven children and husband, and fellow fiddler Donnell Leahy. “It’ll be a moment of joyous appreciation inspired by years of parenting, marriage, friendships, music, and life.”

This is a professional life that includes performances with Béla Fleck, Faith Hill, Carlos Santana, The Chieftains, Sharon, Lois & Bram, Buddy MacMaster and Jesse Cook, as well as award-winning collaborations with Yo-Yo Ma, and a blended line with award-winning collaborations with Donnell and their children. And speaking on the family-front, she’s distantly related to fiddler Ashley MacIsaac and rocker Jack white, and spends much of her time collaborating with Donnell as well as putting her teaching degree to use homeschooling their children.

Sketches is a return to a solo sound, and the result is a fiery, must-hear collection of traditional tunes and medleys mixed with new compositions. The album teems with retrospect and legacy as MacMaster reflects on her extraordinary journey in both life and career.

“I have something to say through my fiddle,” she says.

Hear what it is; Sketches is available now.