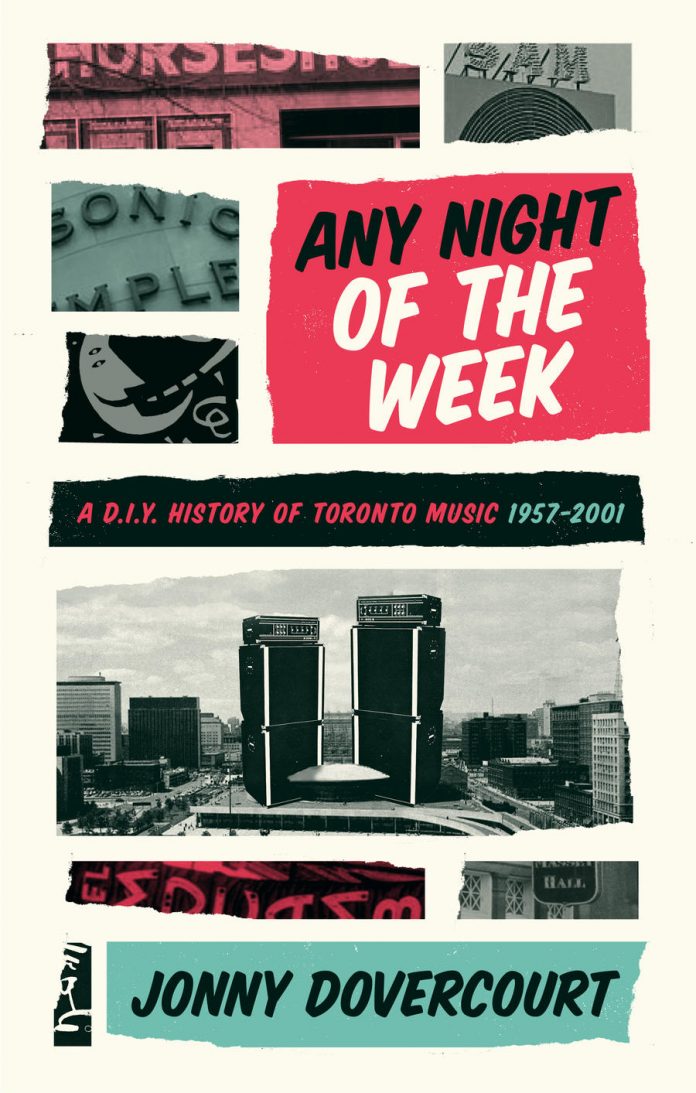 The story of Toronto’s massive influence on popular music, from an indie/DIY community-based perspective. Part civic history and part memoir from this veteran scene-builder and co-founder of the acclaimed Wavelength concert series, Any Night of the Week charts the evolution of Toronto’s diverse independent music scene in the latter half of the 20th century. From the Yorkville and Yonge Street scenes that spawned Joni Mitchell, Neil Young, and The Band in the sixties, through to the hip-hop, indie rock, and electronica-laden nineties, with acts like Broken Social Scene, Maestro Fresh-Wes, and Peaches, Dovercourt tells the story of how key venues, neighbourhoods, artists and promoters laid the groundwork for this provincial outpost to grow into a music mecca.

The book is set to arrive March 17 through Coach House Books.