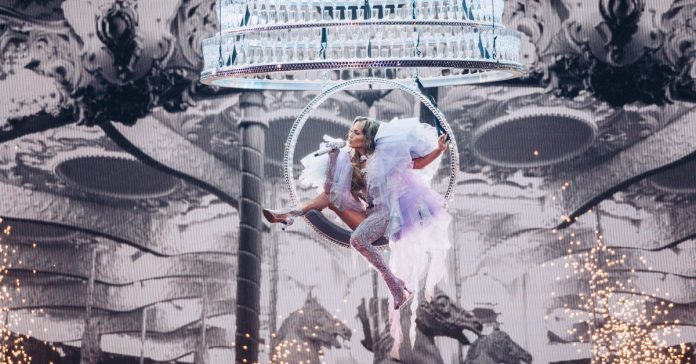 Most recently, Lopez gave a record breaking and critically applauded Super Bowl halftime performance at the Hard Rock Stadium in Miami. In 2019, the multi-hyphenate talent plotted her globally sold out and critically-acclaimed It’s My Party Tour. Produced by Live Nation, the tour featured a nonstop party mix of Jennifer’s new and classic anthems, showstopping choreography and dancers, dazzling wardrobe, jaw-dropping technology and set design, and all of the glamour and wow-factor fans have come to expect of Jenny from the Block. She can next be seen in Universal’s feature film Marry Me, co-starring Owen Wilson and Maluma. Set in the culture of pop music, MARRY ME celebrates the unlikely romance between a pop star and a fan, giving each a glimpse into the other’s world. In addition to producing and starring in the film, Lopez also performs a collection of new, original songs.