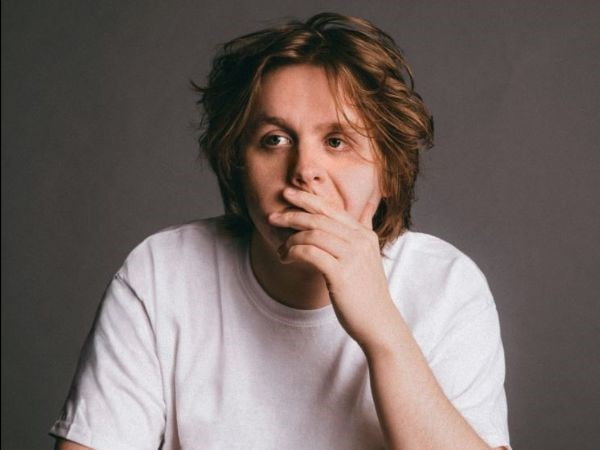 Lewis Capaldi, the 23-year-old Scottish superstar artist, has announced his summer 2020 North American tour. The headline run will kick off on July 17 at Doug Mitchell Thunderbird Sports Centre in Vancouver, BC and include shows at Marymoor Park in Redmond, WA (7/18), The Mission Ballroom in Denver (7/24) and Rockland Trust Bank Pavilion in Boston (7/31).

The official video for Lewis Capaldi’s new single, “Before You Go,” is out now. Directed by Kyle Thrash, the poignant clip captures the joyful moments recalled by a group of friends as they pay tribute to a vibrant young woman – played by Sasha Lane (American Honey, Hellboy) – whose suicide shocked them all.

“Before You Go” – one of three new songs on Divinely Uninspired To A Hellish Extent Extended Edition – has topped the UK Singles and Irish Singles charts, marking Capaldi’s second No. 1 in the UK and third No. 1 in Ireland. The song was inspired by Lewis’ aunt, who committed suicide when he was a young boy. Examining the lyrics in this piece, Billboard observes, “The melancholic ballad details the agony-inducing aftermath of a loved on dying by suicide.” Clash says, “it’s a rousing piece of acoustic songwriting with a driving vocal – trademark Capaldi, in other words.” Global streams of “Before You Go” have soared past 245 million as the song climbs the charts at U.S. Top 40 and Hot AC radio.

Capaldi, whose 2019 fall North American tour was completely sold out, will join as a special guest on Niall Horan’s 2020 Nice To Meet Ya world tour. The outing will launch on April 20 at Bridgestone Arena in Nashville, TN and include shows at Barclays Center in New York (April 29) and The Forum in Los Angeles (May 18). Capaldi’s March 2020 tour of the UK and Ireland sold out in mere seconds, making him the first artist in history to sell out arenas prior to the release of a debut album. He is nominated for four BRIT Awards.

Divinely Uninspired To A Hellish Extent was the biggest album of 2019 in the UK, and the single “Someone You Loved” was the biggest song of 2019, according the UK’s Official Charts. In the States, the track was nominated for a GRAMMY for Song of the Year and spent three weeks at No. 1 on the Billboard Hot 100. “Someone You Loved” has now hit one billion combined global streams on Spotify alone. It is certified Platinum or greater in a total of 18 countries, including the U.S.

Robert Christgau reviewing for Noisey, awarded Divinely Uninspired To A Hellish Extent an A- and hailed it as “a feat of uncommon emotional intelligence.” TIME says, “Lewis Capaldi has the kind of deep, textured voice that you could listen to for hours.”