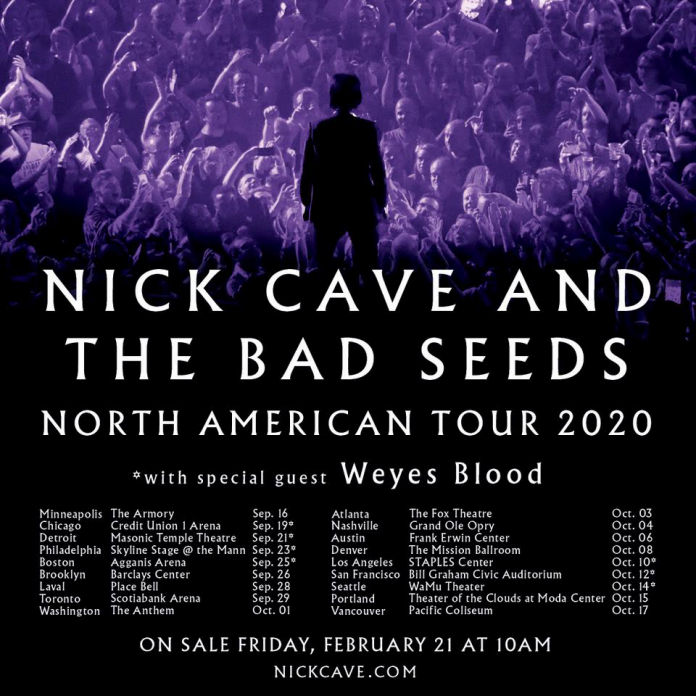 Nick Cave and The Bad Seeds have announced a Fall 2020 North American tour.

Regarded as one of the world’s greatest live acts, the band will perform 15 shows across USA and 3 shows in Canada.

* With support from Weyes Blood