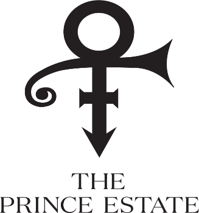 The Prince Estate and Legacy Recordings, a division of Sony Music Entertainment, are pleased to announce the first round of physical titles to be issued in 2020 in the ongoing definitive Prince catalog reissue project. These titles come from the incredibly intriguing and fertile period of 2001 and 2002 and will be available on Friday, April 17.

The new batch includes two very different studio albums released just six months apart—2001’s The Rainbow Children and 2002’s One Nite Alone… – plus Prince’s first official live albums from the tour that occurred in between those two releases. One Nite Alone…, the 4 LP set One Nite Alone…Live! and the double LP One Nite Alone: The Aftershow…It Ain’t Over! will each get their first-ever vinyl release in limited-edition purple, while sought-after title The Rainbow Children will be available on CD for the first time in decades and on a crystal-clear double LP with limited-edition custom rainbow slipmat.

In addition, the five disc collection Up All Nite with Prince: The One Nite Alone Collection will make the CDs for these sought-after releases widely available for the first time. Combined in a beautiful slipcase with a 48-page bound book, One Nite Alone… and the two live albums are packaged with the long-out-of-print bonus DVD Prince Live at The Aladdin Las Vegas for an amazing document of the musical breadth of early 21st century Prince.

Prince’s 24th studio album, The Rainbow Children was initially sold on Prince’s trailblazing website the NPG Music Club, and was commercially released on November 20, 2001 on NPG Records. It was the first album (outside of the works he distributed through his NPG Music Club) to be released under the name Prince since he had changed his name to an unpronounceable symbol in 1993, and it was his first fully independent release to be issued without any major label backing. The Rainbow Children is a concept album intertwining Prince’s recurring themes of spirituality and sexuality, love and social consciousness, set in a metaphoric utopian narrative. Musically, the album showcased a new jazz-influenced direction for Prince, with live drums and expansive horn charts. The album’s original cover artwork – the Cbabi Bayoc painting “The Reine Keis Quintet” – holds a place of honor at Prince’s Paisley Park to this day, and is displayed in his NPG Music Club Room. One of the songs from The Rainbow Children, “The Work, Pt. 1,” was released by Prince as a free download on the controversial file-sharing service Napster; this move, along with direct-to-consumer (D2C) streaming and download options on the NPG Music Club, solidified Prince’s reputation as a digital music pioneer.

Prince’s 25th studio album, One Nite Alone…, was released on May 14, 2002 by NPG Records and features the artist singing and accompanying himself on piano, making only occasional use of other instruments. The album includes favorites like “U’re Gonna C Me” and a cover of “A Case Of U,” written by one of Prince’s biggest musical influences, Joni Mitchell. One Nite Alone… was initially released as a gift to members of the NPG Music Club, and was available as a separate album and included in the limited edition One Nite Alone… Live! box set. While One Nite Alone… was never sold in stores, it became a highly-desirable release. Original CD copies are collectible rarities, and many fans have only heard the album through MP3 file-sharing. One Nite Alone… will be released as a single LP pressed on purple vinyl.

Between the release of The Rainbow Children and One Nite Alone… , Prince embarked on his One Nite Alone… Tour, which countered the solo intimacy of his album with an electrifying series of live concerts showcasing the full talents of Prince’s ever-expanding New Power Generation band, featuring backing musicians Sheila E., Maceo Parker, Eric Leeds, Candy Dulfer, Greg Boyer, Renato Neto, John Blackwell, and Rhonda Smith. Comprised of transcendent highlights from nine different shows in March and April 2002, One Nite Alone… Live! was the first official live album of Prince’s career, and clocks in at more than 2 hours. The 27 tracks include selections from The Rainbow Children (“Muse 2 The Pharaoh,” “1+1+1 Is 3”) as well as journeys through Prince’s extensive back catalog, played with the full NPG as well as several solo piano excursions (“When U Were Mine,” “Raspberry Beret,” “Adore,” “The Beautiful Ones,” “Nothing Compares 2 U”). One Nite Alone… Live! will be released as 4LPs pressed on purple vinyl.

In addition to making Prince Live at The Aladdin Las Vegas physically available as part of the Up All Nite with Prince set, Legacy Recordings will also roll out individual music videos for songs from Prince Live at The Aladdin Las Vegas on digital services from February 20 through April 17. Featuring largely the same line-up from One Nite Alone…Live! (plus guest vocalist Nikka Costa), the setlist includes favorites from The Rainbow Children (“1+1+1 Is 3,” “The Everlasting Now”) plus killer Prince deep cuts (“Strange Relationship,” “Gotta Broken Heart Again,” “Pop Life”) and even covers of James Brown (“Pass The Peas”) and Led Zeppelin (“Whole Lotta Love”).