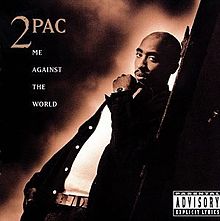 Taken from Me Against the World, Old School helped get the album nominated for Best Rap Album at the 1996 Grammy Awards. It lost, but the disc won Best Rap Album at the 1996 Soul Train Music Awards. In 2008, the National Association of Recording Merchandisers, in conjunction with the Rock and Roll Hall of Fame, recognized Me Against the World as one of the “most influential and popular albums”, ranking it number 170 on a list of 200 other albums by artists of various musical genres.

…and here’s the original: