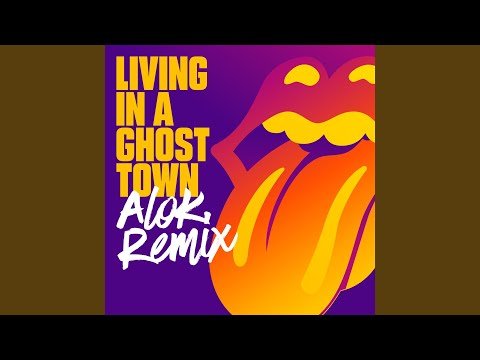 A bonafide quarantine anthem, Alok re-works the single ‘Living In A Ghost Town’ with an upbeat melody mixed with Mick Jaggers signature snarling vocals. Noted as the legendary bands first release in eight years, The Rolling Stones continue to excite their global fanbase during lockdown.

Alok is a bonafide superstar in South America, racking over 19 million Instagram followers and 1 billion streams on Spotify with massive hits including “Hear Me Now”, “Never Let Me Go”, and “Big Jet Plane”. Recently voted #11 in this year’s DJ Mag Top 100 awards-closely following the likes of Martin Garrix, Marshmello, and Steve Aoki-Alok is widely regarded as one of the most influential Brazilian artists in the world and is experiencing his breakout moment in the US. He was nominated for this year’s International Dance Music Awards (IDMA) for his hit remix of Meduza’s single ‘Piece of Your Heart’ (over 65 million streams), and recently partnered with global pop-sensation Dua Lipa for the official remix of her hit single ‘Physical’. Alok continues to run his own successful label CONTROVERSIA giving him the platform to showcase emerging Brazilian talent as well as release an array of his own dance music. He broke global streaming records last week with the debut of his penthouse floor show that racked in over 24 million views across various platforms at the time of release (check out the stream here). Alok hit #1 on global trending Twitter during the stream, and most importantly raised awareness about coronavirus in his home country and collected food and supplies for more than 20 thousand families in Brazil.

Alok’s remix of ‘Living In A Ghost Town’ from The Rolling Stones is available everywhere Friday, May 15th via all streaming platforms.