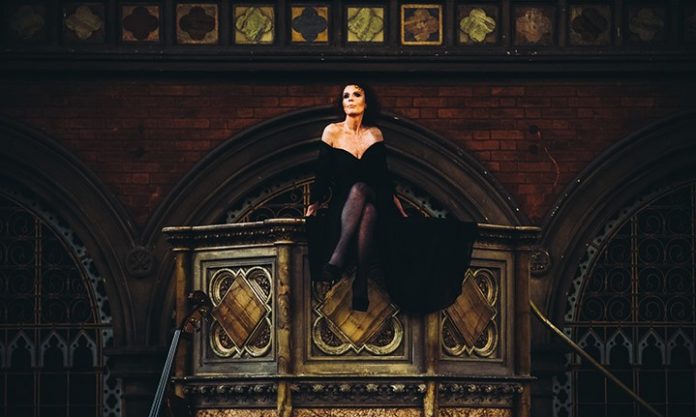 Award-winning, internationally acclaimed contemporary jazz songstress Fiona Ross delves into matters of unspoken, angst-ridden love in this, her newest video — a live rendition of “Don’t Say” from her recent album, Fierce and Non-Compliant.

“It’s basically about two people who love each other but won’t say it out loud; once you say it out loud, it becomes the truth and, in this case, problematic,” Ross shares. “Musically, there is also a huge story behind this song, and it will always be very close to my heart because of it.”

It all starts with writing “Don’t Say” for the album, she expands. “Literally, as I worked out and played the third chord — G#9/13/F# — I thought how amazing it would be to have the artist Snow Owl play on this track, and be a special guest on my next album. I really don’t know why, but the idea just came to me as I played that chord… I could sort-of hear him playing in my head.”

Ross’ familiarity with Snow Owl — multi-award winning world jazz virtuoso Juan García-Herreros — had solidified years earlier after she interviewed him for Jazz in Europe. “He has inspired me ever since,” she says.

Actively pursuing the vision into existence, Ross turned the notion into more than just a fleeting thought… “Long story short, I ended up flying to his current home base in Vienna and recording two songs in a castle with him for my album,” she recalls. “It also turned out that the chord that made me think of him is actually his favourite….

While this song came to life in a castle, the live version — featured today — was reimagined in an equally stunning setting — St Cuthberts Church in London, England.

“I spent a few months basically wandering into churches across London, bursting into song and then leaving,” she recalls, laughing. “I love singing in churches because the acoustics give my voice freedom. I actually don’t like singing in a studio environment.

“There’s always pressure on my bassist Derek Daley when playing this song live,” Ross continues, empathizing. “I mean, Snow Owl was recently voted ‘best bassist’ in the world and… You don’t want to compete with that, ha!

“So, as he always does, I told him to just do his thing and put his own mark on the song for this video, which he really does.

“As with my other video, the purpose of these sessions was to record something simple, stripped back, and just enjoy playing in a gorgeous setting. The crew was tiny, and it was only people that are very close to my heart. I wanted to do a video that was just fun, and about enjoying singing… No fancy make up artists… No fancy settings… Just me doing my thing!”

Ross ‘doing her thing’ is the theme of importance on Fierce and Non-Compliant, and deservedly so.

“Her style is poetic and the messages ooze with Millennial angst,” says Jazz Weekly of Ross’ heart-wrenching ballads and demonstrable lyricism. “‘Don’t Say’ is stunning,” Jazz Quarterly adds, noting the track in particular. “Delicate, languorous, gentle like a sad reflection over a martini at the end of the night, but then the heart-yanking burst of passion, the emotion like a comet exploding with raw regret. It’s beautiful. The arrangements continue to be unexpected, original, thrilling, and perfectly judged for the exquisite instrument of her voice. Really, really beautiful. Seriously beautiful.”

“Now that I am finally doing my thing, I do find it sad that they can’t see it.”

“Don’t Say” and Fierce and Non-Compliant are available now.