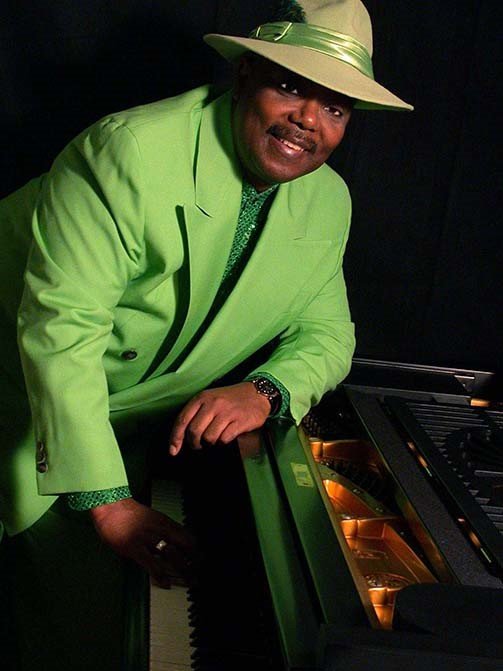 Multi-award winning ‘Blues Boss’ ball-of-fire (and just-announced 2020 Western Canadian Music nominee) Kenny Wayne does nothing short of go for it in this, his latest single from this year’s album Go, Just Do It! — “I Don’t Want To Be The President” — available now.

And by that, we mean groovily, musically, and politically.

“Who can resist Kenny Wayne having a blast performing this song?” asks Rock and Blues Muse’s Martine Ehrenclou. “Take it with you into your weekend and see if it doesn’t get considerably better.”

“I actually stumbled across this song and had music already written that would fit perfectly,” Wayne notes of the happenstance around the track being made. “And the timing was right to mention the importance of this year’s election.

“To help get this message across, it needed a good beat… It needed a younger generation person to get the message to the youth.”

He’s referring, of course, to the tracks’ featuring of SeQuaL — aka artist and Wayne’s son Cory Spruell — who infuses a rap cadence and fresh verse into the Percy Mayfield cover, instantly elevating it into a duet for the ages, literally and figuratively.

Fans of Wayne’s internationally sold-out shows know what they’re in for, and “I Don’t Want To Be The President” lands no differently: smooth, robust, soulful vocals injected into a cannon that blasts quite the sonic sensation. With Wayne, it’s about preparing for a multi-faceted ride, as the musical terrain can shift just as quickly as the lyrical inspiration.

“I’m not looking for a different path,” the 75-year old man of the hour asserts. “I love that jump blues and boogie-woogie. That’s where my heart is at.

“I’m just trying to keep that style alive,” he adds. “That’s classic stuff, and I’m at that classic age so it all works out.”

And if that critically acclaimed 11-album catalogue resembles a swirling, savoury pot of musical gumbo, richly layered with flavours of Ray Charles and Duke Ellington, to ingredients of gospel, jazz, Latin, R&B, soul, and dashes of bebop and swing for good measure, Go, Just Do It! hits the table as his spiciest serving yet.

On Go, Just Do It!, Kenny “Blues Boss” Wayne originals come in at 10 of the 13-song set, each artfully dovetailing soul-tinged sounds with the funkiest of sojourns.

An American expat by way of Spokane, Los Angeles, San Francisco and New Orleans, Wayne long credits Canada for partly shaping him into the artist he is today. “I didn’t know what I was in store for except that the people were great,” he recalls of his move decades ago. “My blues career started in Canada, and I think this country really helps people create their art — whether it’s painting, theatre, or music.

“I Don’t Want To Be The President” and Go, Just Do It! are available now via Stony Plain Records.