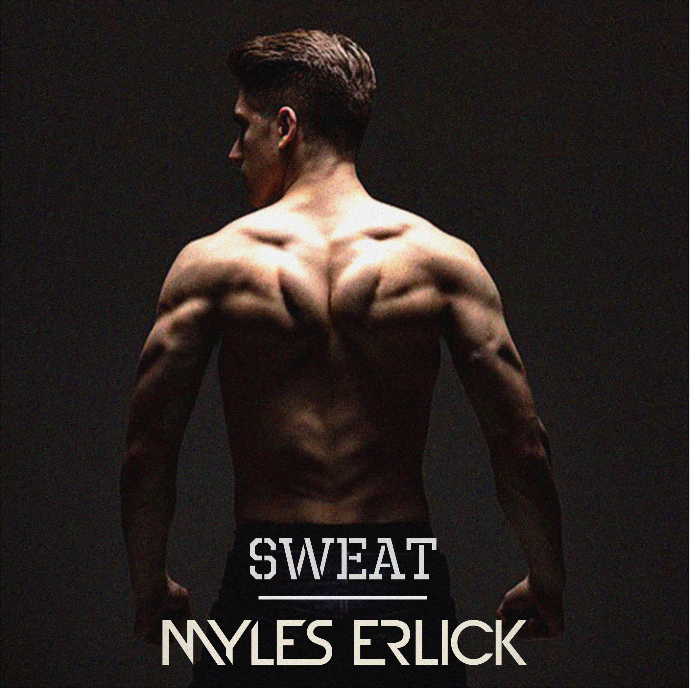 Erlick initially gained recognition as the title star Billy in Billy Elliot the Musical on Broadway and next as a series regular playing Noah on world-wide hit television series The Next Step. He then caught the eye of director Steven Spielberg and was cast as an ensemble lead role in the upcoming remake of West Side Story. This role of a lifetime couldn’t stop the grind, “it was a good opportunity to help inspire and perfect my craft,” says Erlick. “If I wasn’t on set or rehearsing, then I was in the recording studio.”

The first result from this furtive creative period is “Sweat.” A blood-pumping banger, “Sweat” is the debut of what Erlick calls “Myles 2.0.” This new era will surprise and delight fans with tight production, and raw physicality.

Myles Erlick is a Canadian singer/songwriter, music producer, actor and dancer. Making his professional debut at 11, starring in Billy Elliot: The Musical on Broadway, the quadruple threat has since featured in the Disney series, The Next Step, and is set to take centre stage in Steven Spielberg’s film adaptation of West Side Story.

But from the moment his grandmother first taught the young Erlick to play classical piano, it’s been a love and appreciation for music that captured his heart.

With his 2017 single, “Serious,” (over 1.2 million views on YouTube) the budding artist proved his musical chops were as tight as his dance moves. A debut album, “ME,” soon followed, charting on iTunes’ Top 100 global pop albums.

It was around this time that he caught the eye of uber-director Steven Spielberg, who cast the heartthrob as an ensemble lead Jet in his upcoming remake of the classic musical, West Side Story.

In typical fashion, not even a role of a lifetime could stop the budding artist’s grind: if he wasn’t on set or rehearsing, Erlick was in the recording studio, perfecting his craft. The first result from this furtive creative period is “Sweat.” A blood-pumping banger, the track is the genesis of a sonic and visual evolution; the debut of what Erlick calls “Myles 2.0.” Inspired by Justin Timberlake and Michael Jackson, this new era will surprise and delight fans with crisp production, impressive choreography and raw physicality.