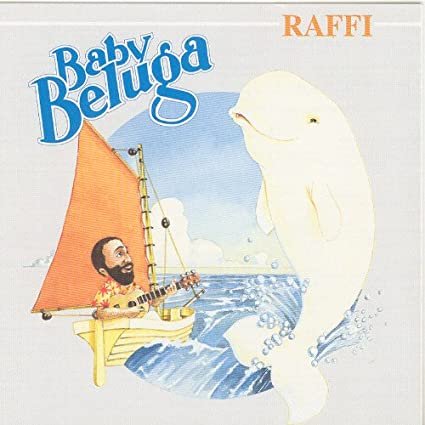 It’s been nearly 40 years since Raffi, the internationally renowned children’s entertainer and advocate, released his iconic album Baby Beluga. Millions of people grew up with the words of the title song, which follows a little white whale through his happy day, and which helped spark both a public appreciation of a threatened species and Raffi’s own climate activism.

To celebrate the anniversary of the song and album, Raffi sings “Baby Beluga” accompanied by cellist Yo-Yo Ma in a new video that continues the series of recorded-at-home musical offerings that Yo-Yo began in March. This unique performance of two musical legends includes a new verse for adults: “Now you’re grown and you’re on your way, making waves in the boundless bay, with your shining light and your dreams alive, for the ones you’ve brought this way. Grown up beluga, grown up beluga…”

The video will also be available on the brand-new official Raffi You Tube channel, and the audio will be available as a digital single on all services later this month. Profits will benefit The Climate Mobilization, a grassroots group working to restore a safe climate, and which has contributed to more than 1700 Climate Emergency Declarations around the world.

Raffi also invites #BelugaGrads and children of all abilities to submit their drawings for an upcoming “Baby Beluga” music video. Sketches of belugas or anything else they find inspiring are welcome. Go to BabyBeluga40.com for more information about how to submit artwork.

For two generations now Raffi has been the world’s best-selling and most influential children’s entertainer, delighting successive generations of kids—and their parents—with his playful, exuberant personality and his irresistibly infectious songs. “Baby Beluga” is one of the most enduring songs in the children’s music canon. Just since 2015, it has been streamed more than 25 million times on Apple Music and Spotify, and more than two million copies of the album have been sold since the original release on July 10, 1980. “I think that kids love how the song makes them feel,” Raffi says. “The song plants a seed of love in young children, love for a magnificent aquatic creature. What you love, you want to protect. So, love for a beluga is symbolic for a greater love of our world of wonders, our big beautiful planet.”

Over the years, Raffi has emerged as a respected advocate on behalf of children, lending his voice, insight and experience to a number of crucial issues through the Raffi Foundation for Child Honouring, a unifying vision with the child at its heart by which societies can re-order their priorities to restore our planet and build community. As a writer for the National Association for Music Education recently wrote, the song “resonated with generations of young ones in its simple, deeper under-the-surface charm.”

Child Honouring is also at the heart of a new children’s album that Raffi produced and released on his Troubadour Music label this year: Lindsay Munroe’s I Am Kind. This critically acclaimed album features Raffi’s instrumental and vocal performances. In Raffi’s words, “This is a collection of endearing songs that kids, parents and teachers will love. I was delighted to join Lindsay on this unique album.”

Lindsay also sings on a new Raffi song that offers thanks to all the essential workers who help us every day. In our interconnected world we all have a role to play in helping each other. “For All You Do” will be released later this summer, and download sales will benefit Direct Relief as they work to provide equipment and medication to health care workers around the world.