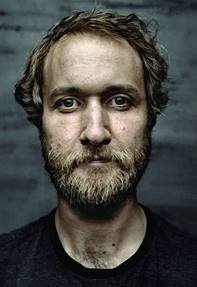 Backed by an orchestra’s worth of strings and horns from musicians from around the world, multi-award nominated Canadian folk singer/songwriter Craig Cardiff paints a picture of love in his new single, an ode of sorts to Canada’s North, “Yellowknife” — available now.

The song revels in Cardiff’s long-standing affection for a corner of the country he has increasingly visited and toured over the past decade. Recorded over the past year between tour dates, and completed during quarantine, the track features players from across the globe — Hong Kong to New York, and Utah, to home front talents based in Toronto, Ottawa, Vancouver, New Brunswick, and Nova Scotia.

Craig Cardiff both a JUNO Award (Roots and Traditional Album of the Year: Solo) and Canadian Folk Music Award (Contemporary Singer of the Year) nominee, plus a certified Gold-selling artist for his single, “Dirty Old Town.”

His signature style of songwriting is often inspired by the sights and souls around him; for almost a decade, the Arnprior, Ontario-based artist has passed around a notebook titled ‘Book of Truths’ during shows, encouraging the audience to write and share something — a story, a confession, a hope or a secret — they might be too afraid to say out loud.

As a result, Cardiff — dubbed by Gordon Lightfoot as a “songwriter who needs to be heard” — often finds himself responding by writing songs that offer glimmers of hope for people to hold onto. Audiences have connected; his growing library of releases have been streamed more than 100 million times, and heard on NBC’s award-winning television series, This Is Us.

“Yellowknife” is available on all major music platforms.