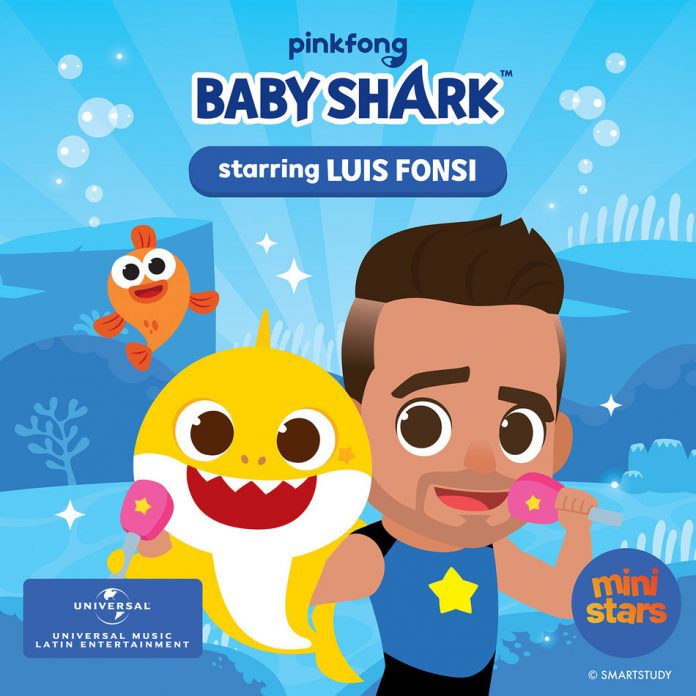 Universal Music Latin Entertainment, the world’s leading Latin entertainment company and global entertainment brand, Pinkfong, have partnered together to bring smiles across the faces of children and parents all around the world with the release of a new edition of “Baby Shark” featuring Multi-Platinum and 5X Latin GRAMMY winning global superstar; Luis Fonsi.

“Baby Shark” starring Luis Fonsi also includes a music video where we see an animated Fonsi diving and swimming around with some – unconventional – friends, the lovable family of sharks from the original version. And, as a true testament of being a gift for the entire family, “Baby Shark“ features for the first time ever the voices of Luis Fonsi’s children, Mikaela and Rocco, who sing along to the tune of this massive hit.

This new edition of “Baby Shark“ is a glimpse into the magic behind the upcoming EP release of ‘MINI STARS Vol. 1’ by Universal Music Latin Entertainment, a music and video collection set to be released this summer showcasing some of Latin music’s most popular artists, including Sebastián Yatra, Nacho, Greeicy, Guaynaa and Joey Montana, as they reimagine children’s classics in Spanish and English.

Tune in right now to experience this epic collaboration!